Who is Kim Kardashian’s lawyer? 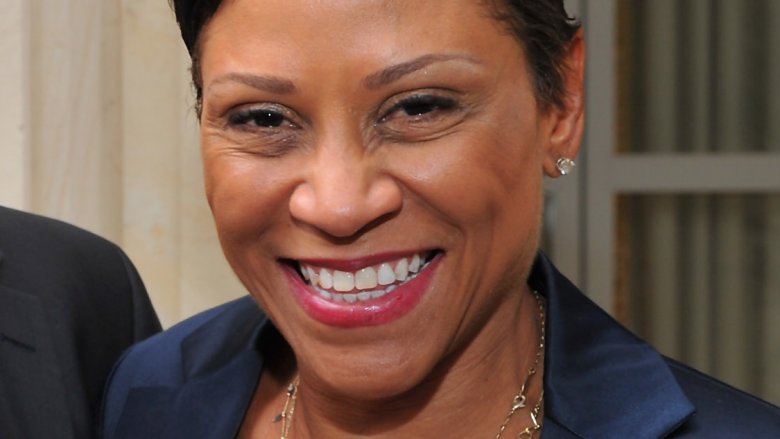 Kim Kardashian West has one amazing attorney. Her lawyer, Shawn Holley, has repped not just the Keeping Up With The Kardashians star, but also the likes of Tupac Shakur, Snoop Dogg, Lindsay Lohan, Mike Tyson, Paris Hilton and Justin Bieber throughout her illustrious legal career.

Holley attended UCLA, was a teacher, and worked in a California Pizza Kitchen before going to law school in 1985, she told Glamour. Before passing the bar, she worked as a law clerk in a public defender’s office, where she says she was appalled at what she claimed were violations of the Fourth Amendment in arrests of men of color. She later went on to work in the public defender’s office when she graduated from law school, but it wouldn’t be long before she met another famous attorney who changed her life forever.

Johnnie Cochran gave Holley her big break, offering her a position at his firm, which eventually led to her becoming “a highly visible member of the O.J. Simpson defense team,” according to her official bio. Kardashian West’s connection to Holley began here, as her father, Robert Kardashian, as well as Robert Shapiro, F. Lee Bailey, Alan Dershowitz and  Cochran, all served on Simpson’s so-called “dream team.” We all know how that trial turned out.

Holley went on to help the KKW Beauty founder free a friend who’d been arrested for allegedly shoplifting in 1996. She then handled Kardashian West’s own legal maters, including “sensitive contracts, protective orders, nondisclosure agreements” (per Glamour). They later reconnected to help free Alice Johnson, who was serving a life sentence for a first offense drug charge. Holley worked with the reality starlet and a team of clemency experts for months to help free Johnson — with the help of President Donald Trump.

When she’s not actually in court, Holley keeps busy in front of the camera. She’s also legal correspondent for E! News, has appeared on two seasons of Fox’s Power Of Attorney, and is regularly featured giving insight on television, including Court TV, Good Morning America and CNN. Holley is married to singer Dorian Holley, who served as a vocal coach on American Idol and toured with James Taylor.

As for her legal strategy? It’s pretty genius: Holley told The Hollywood Reporter that her secret weapon is “using charm, humor and friendliness to mask the vicious, snarling tactician hiding just beneath the surface.”

Will Kardashian West actually follow in her friend and mentor’s footsteps, as she recently indicated with her plans to attend law school? Who knows? But we do have a good idea of what she might will look like in 40 years.