90 Day Fiance’s Larissa on Split From Eric: ‘I Have to Take Time to Heal’ 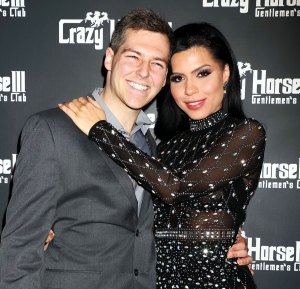 Larissa Dos Santos Lima is taking time for herself following her split from Eric Nichols.

“I give my heart, my soul to everyone else but myself. I have to take time to heal,” the 90 Day Fiancé star told Us Weekly exclusively. “I wish Erickee nothing but a great future.”

“After 8 months of being Erickee’s girlfriend I have to tell my followers that we have decided to break up and go our separate way,” she began in a lengthy Instagram post. “There is no hard feelings or regrettees [sic], but I need to look in my own soul and focus on being the best Larissa I can be. I try to heal one painful breakup by jumping in relationship with Erickee but I know now I need to work on me and focus on my healing of my scars.”

Lima added that she’s sure “what will come of the future,” but she is “excited” to find out.

“I look forward to this time in my life as a reflection on my own personal dreams and goals I set to do,” she concluded. “Thank you for all your love, strength and support to me always.”

Lima starred on season 6 of 90 Day Fiancé, which followed her relationship with Colt Johnson. The duo, who tied the knot in June 2018, called it quits earlier this year after she was arrested several times for domestic battery. Lima’s lawyer gave Us an update on her case after a May court date.

“Everything went according to plan,” the lawyer said. “The judge accepted the negotiations to reduce her case down to a disorderly conduct upon successful completion of her requirements. … After consulting with her immigration attorney, this negotiation will not impede her ability to obtain citizenship.”