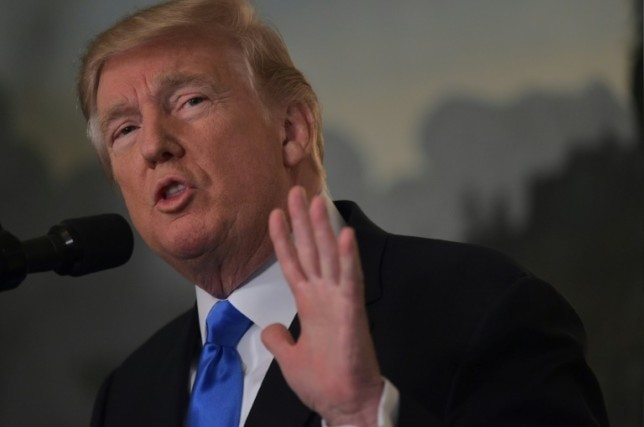 The US House of Representatives overwhelmingly rejected a congressman’s motion Wednesday to impeach President Trump, as Democratic Party leaders argued that now was not the time to pursue the effort.

Lawmakers voted 364 to 58 in rejection of liberal Democrat Al Green’s resolution to begin impeachment proceedings against the Republican president. The vote was not on the articles of impeachment themselves but on tabling the proposal.

Green had used a so-called privileged motion to force a vote on the issue. All Republicans opposed the motion, along with 126 Democrats.

House Minority Leader Nancy Pelosi said that while Trump has made several statements and taken actions “that are beyond the pale for most Americans,” it was important to allow congressional committees probing Russian meddling in the US election and possible Trump campaign collusion to proceed with their work.

“The special counsel’s investigation is moving forward as well, and those inquiries should be allowed to continue,” she added, referring to Robert Mueller.

“Now is not the time to consider articles of impeachment.”

Green first introduced impeachment proceedings in October, but forced the vote on Wednesday.

“I love my country. For this reason I will bring articles of impeachment to a vote in the House of Representatives,” Green wrote in a letter to colleagues.

In the resolution, Green argues that Trump has sown discord among Americans “by associating the majesty and dignity of the presidency with causes rooted in white supremacy, bigotry, racism, anti-Semitism, white nationalism, or neo-Nazism.”

Two other House Democrats have introduced impeachment articles, but they have not reached the floor.

Democrats have debated the political merits of pressing for impeachment, and some have cautioned that an aggressive stance could provoke a backlash by Trump’s conservative base at the ballot box.