2017 was the year that resolved next to nothing. It was a year of transitions and of unresolved conflicts on the global stage and across continents. Above all, 2017 was a year that posed momentous questions and left them open for the future — mostly for the near future.

Here are some of the crucial, history-making questions looming as 2018 begins.

What will happen with the Trump presidency?

President Donald Trump and his Republican backers succeeded in enacting a major tax overhaul, rolling back a host of regulations and appointing a significant number of conservative judges to the federal court. But the next year of Trump’s presidency faces significant uncertainty. 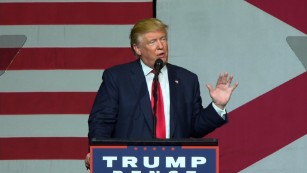 In 2017, Trump revived feminism, saved satire and reinvigorated journalism
Trump ends 2017 with the lowest approval ratings of any first-year president in modern history. Congressional committees are still investigating possible ties between the Trump campaign and Russia, and special prosecutor Robert Mueller has already indicted key campaign officials and secured guilty pleas from others. And the investigation continues.
If Trump’s approval ratings drop much lower, or if Democrats take control of the House, any further legislative goals he may have could be derailed. Meanwhile, Trump’s former top aide Steven Bannon reportedly told Vanity Fair he sees only a 30% chance that Trump will serve out his term, either because of impeachment or through a 25th Amendment move to remove him by his Cabinet. Bannon’s credentials as a political savant are tarnished after the failure of his Senate candidate, Roy Moore, in Alabama. But there’s no question that clouds are hanging over the Trump presidency.

Will the US and North Korea go to war? 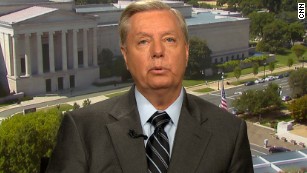 Graham: Time for new approach on N. Korea 00:53
The surreal war of insults between the President of the United States and North Korean leader Kim Jong Un was more than a sticks-and-stones schoolyard scuffle. It was punctuated by tangible military advances by North Korea with detonations of nuclear devices and launches of ballistic missiles. Trump has warned he will unleash “devastating” military attacks, with “fire and fury” if North Korea threatens the United States. But, so far, Kim seems unintimidated by the man he called a “dotard.” Experts say war with North Korea would kill hundreds of thousands of people.
The Trump administration has succeeded in securing UN sanctions against Pyongyang, but a path to a peaceful resolution that prevents North Korea from keeping its nuclear weapons is becoming increasingly elusive.

Will US tear up Iran nuclear deal, will Iran reinvigorate its nuclear program?

Trump called the nuclear deal with Iran, “the stupidest deal of all time,” promising to “rip up” the deal as soon as he came to office. As recently as last week, when he was unveiling his National Security Strategy, Trump chastised his predecessors for making an “incomprehensibly bad deal with Iran.” In October, he put the deal in limbo, accusing Iran of violating the agreement and telling Congress to fix the deal’s flaws. There’s no sign that Congress can or will reopen negotiations, or that Iran would be open to changing the agreement. And Trump has said he may cancel the deal if it is not fixed. The move leaves open the question of what the US will do next, and how Iran will respond.

As Iran and Russia dig themselves into Syria, will US do anything about it?

Now that Iran and Russia have saved Syrian dictator Bashar Al-Assad from being overthrown, will Moscow and Tehran continue to fortify their positions in Syria? Will the US take any action to counter the two countries’ growing influence in the region and their military presence on the ground? Trump remains oddly reluctant to challenge Russian President Vladimir Putin. Not only is Trump unwilling to criticize Putin, but he has so far failed to implement new sanctions against Russia approved by Congress during the summer. But what about Iran, a country that Trump describes as a global menace?

Prince Mohammed bin Salman, the favorite son of Saudi Arabia’s King Salman, spent 2017 trying to bring revolutionary change. The crown prince lifted restrictions on women driving, limited the power of the religious police and imprisoned scores of prominent personalities, accusing them of political corruption. And MBS, as he is known, has done it all while accumulating not only enormous power but also powerful enemies. The prince is all-but-certain to become king in the coming months, but his ambitious effort to transform Saudi Arabia’s society, economy and geopolitical position, is an epic gamble, whose outcome remains uncertain.

Will the war in Yemen, a great humanitarian disaster, garner international action?

When Trump announced his decision to recognize Jerusalem as Israel’s capital, the move raised the ire of most Muslim countries. Among those waxing indignant was Yemen — a country torn by a war pitting a Saudi-led alliance against Iran-back rebels — and whose leaders took time to co-draft a United Nations resolution repudiating the US decision. Unlike the Jerusalem decision, the events in Yemen have garnered little attention and scant signs of outrage, even though UN officials say Yemen is on the verge of experiencing “the largest famine the world has seen for many decades” and is already enduring the worst cholera outbreak ever recorded, all the result of a man-made catastrophe.

Will Putin enter another war?

As President Vladimir Putin prepares to run for a fourth six-year term in Russia, there is little chance that he will lose. If and when he wins, Putin will remain in office until 2024, which including the time he spent governing as prime minister, would give him almost a quarter of a century in power, longer than any Russian leader since Joseph Stalin. 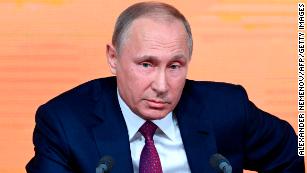 Ignore the noise: Russia still wants good relations with Trump
Not much is left of Russian democracy since Putin eroded its foundations and crushed the opposition. Putin, who controls most of the media, remains enormously popular despite tough economic times. According to the respected Russian sociologist Lev Gudkov, Putin preserves his legitimacy by being a war-time president, which raises the question, will Putin look beyond Ukraine and Syria to find another war? It’s a question that deeply worries Russia’s neighbors.

Will populism continue to spread?

Democracy has faced headwinds in recent years, with leaders in the US, Russia, Turkey, Poland, the Philippines and elsewhere rising to power on the strength of raw populist messages. And once in power, these leaders often defy basic liberal democratic norms such as respect for a free press and an independent judiciary.
The question is whether this trend has peaked or will continue. Trump’s victory has triggered a defense of democracy by many in the US, but it has also energized other populists around the world. Among them is an anti-Trump leftist populist in Mexico, Andres Manuel Lopez Obrador, who could become president — just one of many populist candidates on the left and the right with a good chance of taking power in the new year.

Will Venezuela continue spiraling into calamity? 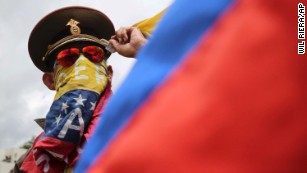 Venezuelan sanctions without diplomacy will fail
The slow-motion disaster in Venezuela spiraled into outright calamity in 2017, and there is no sign that the tragedy inflicted on the Venezuelan people by an incompetent government will end anytime soon. Despite having the world’s largest proven oil reserves, Venezuela’s tragic arc has taken it from a relatively-well-functioning democracy, with one of the stronger economies in Latin America, to what is essentially a dictatorship, with children starving in the streets, shortages of every conceivable product, quadruple-digit inflation and out-of-control crime.
The opposition has failed to defeat the undemocratic maneuvers of President Nicolas Maduro and his party. And, so far, Maduro’s enablers have done nothing to change the country’s disastrous course. One would think there is a limit to how horrific life can become for the Venezuelan people. But one might be wrong.

Will anything slow China’s rise?

While the US, Europe and even Russia are busy sparring over democracy and conflicts in the Middle East, Beijing’s influence around the world is growing quietly but impressively. China is building giant infrastructure projects on land and sea across Asia and beyond. It is influencing governments without questioning them with concerns about human rights and democratic norms. China’s nearly-one-trillion dollar Belt and Road initiative, in contrast to Western projects, pays little mind to environmental and human rights standards.
Considering the implications of China’s rise, it is attracting relatively little attention.
Follow CNN Opinion

Trump’s withdrawal from trade deals has left the field open for Beijing. If current trends continue, China, a dictatorship that brooks no dissent, could become the world’s most powerful country. Currently, China’s economy is on track to surpass the US’ GDP, its military is growing fast and its global influence is expanding rapidly. While America’s military remains by far the world’s largest, the size of the Chinese economy is already comparable to America’s, and Beijing’s diplomatic, economic and military assertiveness mean it is becoming a serious rival to US global dominance.
A year from now, we will know if in 2018 we resolved any of the questions left open this year; if the year brought the world closer to the edge of disaster, or if it reverted to a more promising path. The only guarantee is that, as the old curse threatens, we will have lived in interesting times. Happy 2018, all.
‘When are they building your own statue?’ OAP Toolz asks comedian AY after he shared photo from his courtesy visit to Governor Okorocha
US tax bill: Republicans agree sweeping changes
photos! Mo Abudu, Banky W, RMD, Patience Ozokwor, Lai Mohammed, Adesua, Betty Irabor, Iretiola Doyle, others at the premiere of Wedding Party 2
Two former intelligence chiefs blast Trump over Russia comments
Buhari President visits his farm in Daura ahead of France trip (Photos)
A reporter who met with the former spy behind the Trump-Russia dossier explains why it’s not ‘fake news’
Haley touts reduced UN budget
The White House’s famous magnolia tree to be cut back
Critics react to Trump’s tweet on firing Flynn
Atiku, Reno Omokri, Ben Bruce, reach out to President Buhari, wish his son, Yusuf, a speedy recovery
Confab: Southern senators blast Northern counterparts over call on President to jettison report
Israel plans a Trump rail station as Trump-naming frenzy sweeps country
In North Korea NATO chief calls ‘global threat’ during Japan visit NATO chief Jens Stoltenberg called North Korea a “global threat” Monday and said he backed tighter sanctions against it during a visit to Japan, which has been targeted by Pyongyang’s provocations.
Trump accuses China of allowing oil into North Korea
US president jumps over China’s ‘Great Firewall’ with first tweet