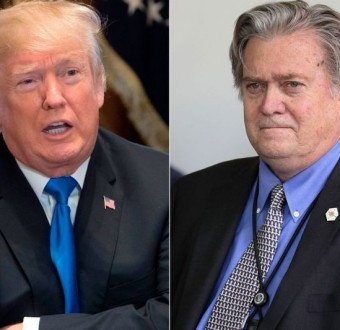 President Donald Trump slammed his former Chief strategist, Steve Bannon in a statement on Wednesday, after The Guardian reported that an upcoming book on the 2016 election cycle quotes the former White House Chief Strategist as saying that Donald Trump Jr. meeting a Russian lawyer purportedly offering damaging information about Hillary Clinton during the campaign was “treasonous” and “unpatriotic.”

The book, Fire and Fury: Inside the Trump White House by author Michael Wolff, is based on more than 200 interviews with the president, his inner circle, and players in and around the Trump administration.

“Steve Bannon has nothing to do with me or my presidency,” Trump wrote. “When he was fired, he not only lost his job, he lost his mind. Steve was a staffer who worked for me after I had already won the nomination by defeating seventeen candidates, often described as the most talented field ever assembled in the Republican party.”

The statement came after excerpts of a forthcoming book, “Fire and Fury: Inside the Trump White House,” . In the book, Bannon slams the president’s son, Donald Jr., Trump’s son-in-law Jared Kushner and campaign chairman Paul Manafort and calls their infamous meeting with a Russian lawyer during the campaign “treasonous” and “unpatriotic.”

In his statement, Trump said Bannon didn’t deserve any credit for his White House win.

“Now that he is on his own, Steve is learning that winning isn’t as easy as I make it look,” Trump said. “Steve had very little to do with our historic victory, which was delivered by the forgotten men and women of this country. Yet Steve had everything to do with the loss of a Senate seat in Alabama held for more than thirty years by Republicans. Steve doesn’t represent my base — he’s only in it for himself.”

The president also accused Bannon of leaking to the media while serving as an adviser at the White House.

“Steve pretends to be at war with the media, which he calls the opposition party, yet he spent his time at the White House leaking false information to the media to make himself seem far more important than he was,” Trump said. “It is the only thing he does well.”

He added, “Steve was rarely in a one-on-one meeting with me and only pretends to have had influence to fool a few people with no access and no clue, whom he helped write phony books.”

Bannon who owns Breitbart, returned to the far-right news outlet Breitbart as executive chairman in August after he was fired as White House chief strategist. Still, he has been credited with having significant influence over Trump and his administration’s agenda, even after his own departure from the West Wing. 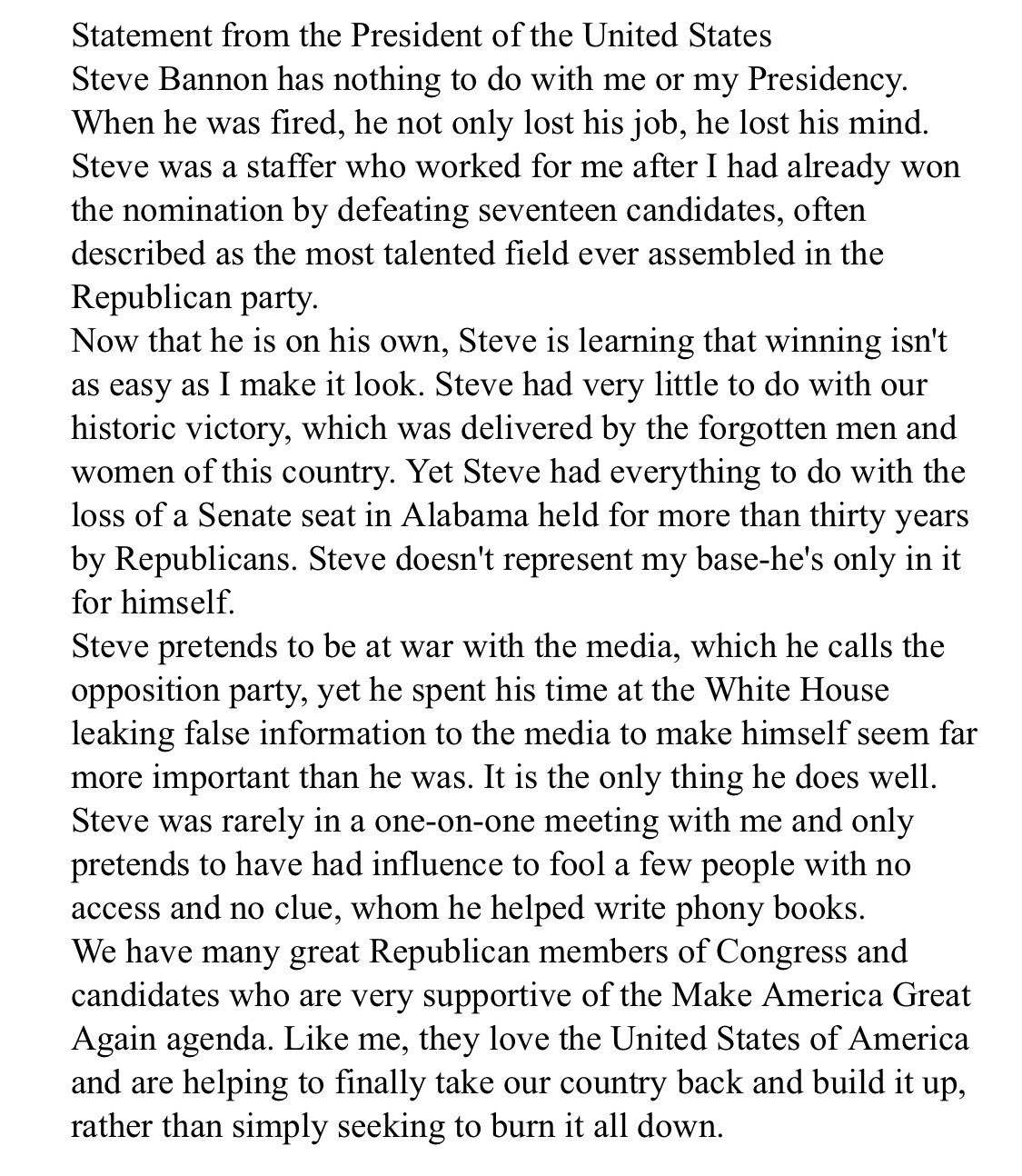