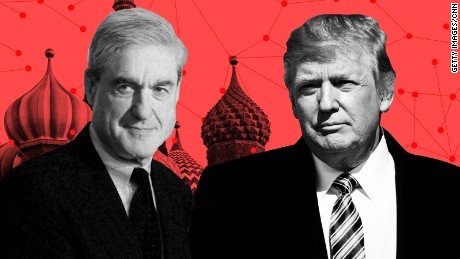 President Donald Trump’s latest interview with The New York Times is a many layered exercise of political positioning, calculated ambiguity and veiled menace.

On the face of it, the President appears to undercut a holiday season campaign by Hill Republicans and the pro-Trump media to discredit Robert Mueller’s probe by saying he believes the special counsel will be “fair” to him.
Sponsor Content
A bold plan to achieve a zero emissions target is setting one company apart from the rest
Plan to change the world: how one company is going green to create a lasting difference
Content provided by DHL
Yet Trump raises implicit questions about how he will act if Mueller does not soon end his investigation and clear him. Other comments in the interview are already prompting new concerns about the President’s perception of his own powers of jurisdiction over the Mueller inquiry and the Justice Department itself. 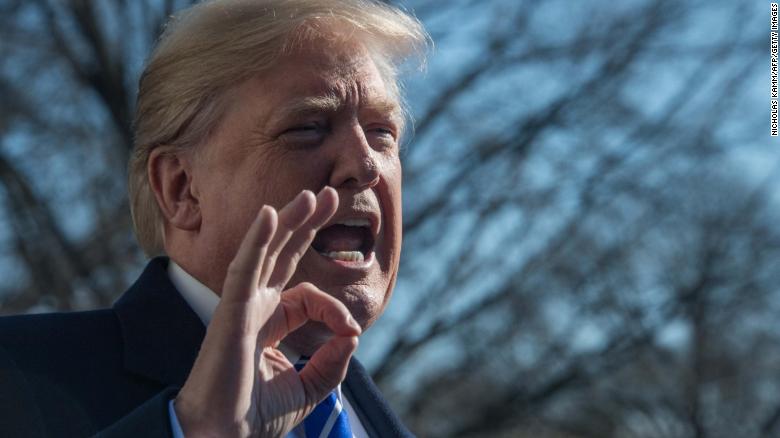 Trump predicts exoneration in Russia investigation as allies fear a ‘meltdown’
Trump also used the session to direct a stinging new critique toward Jeff Sessions, revealing the President’s still boiling fury with the attorney general, which will provoke new speculation about how long the former Alabama senator will survive in his job.
The interview, conducted Thursday during Trump’s stay at his Mar-a-Lago resort in Florida, offers a fascinating glimpse into the President’s mind and mood as the Russia investigation hangs over his administration despite a strong end-of-year streak that saw the passage of the most sweeping tax reform law in 30 years.
He stayed true to his recent strategy of not criticizing Mueller personally, though many of his supporters among Republicans on Capitol Hill and in the pro-Trump media are waging an escalating campaign against the special counsel and arguing that his subordinates are biased against Trump.
“I hope that he’s going to be fair. I think that he’s going to be fair. … There’s been no collusion. But I think he’s going to be fair,” Trump said.
The President’s comments could be seen as an above-the-board attempt to ensure that Mueller’s capacity to finish his investigation is not compromised. Or perhaps his motivation is to set up a good guy/bad guy scenario as his allies continue to attack the special counsel. 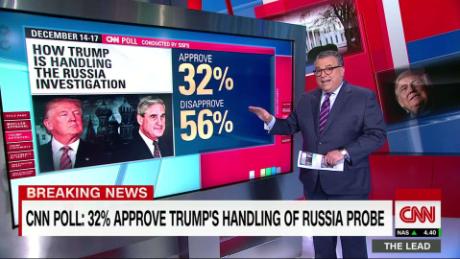 New CNN poll on Russia 03:05
It’s impossible to know what the President is really thinking, since his remarks are characteristically ambiguous and open to so many interpretations. They allow his supporters and adversaries to take specific messages, while allowing him plausible deniability that he is trying to lean on Mueller or Justice authorities.
One example of this is when Trump defines what fairness means in his mind: a swift conclusion by Mueller that there was no cooperation between his campaign and Russia in last year’s election. The implications of a verdict that does not measure up to his expectations remain unspecified but ominous possibilities are left hanging in the air.
“Everybody knows the answer already. There was no collusion. None whatsoever,” Trump said, before returning over and over again to the “no collusion” line throughout the interview.
While there has been no proof offered of collusion so far either by Mueller or multiple congressional investigations into the matter, no probe into the affair has yet concluded that collusion did not exist. And Trump’s comment that all Democrats say there is no collusion — while not being true — also appears to be an attempt to prejudge the outcome of the various inquiries.
Mueller is not investigating the collusion issue alone. His moves so far — for instance, the plea deal with former National Security Adviser Michael Flynn and interviews with White House staff — suggest he is also probing whether the President obstructed justice.
In the interview, Trump maintains that the prevailing shadow of the Russia investigation is detrimental to the best interests of the United States at large. His gambit follows reports by CNN that his lawyers have told him they believe the Mueller probe will be wrapped up soon and that he will be exonerated, despite the lack of outside signs that the special counsel is anywhere near that point.
“The only thing that bothers me about timing, I think it’s a very bad thing for the country. Because it makes the country look bad. It makes the country look very bad, and it puts the country in a very bad position,” Trump said.
“So the sooner it’s worked out, the better it is for the country.”
Taken at face value, those comments can be read as evidence of altruistic concern by a head of state for the damage a divisive affair is wreaking on US political and judicial institutions, and they will be perceived that way by Trump supporters.
“We have one investigation, let alone three right right now currently going on to address issues related to the last election,” Republican Rep. Rodney Davis said on CNN’s “New Day” on Friday.
“I think the President is clear in his distaste for the disarray that any investigation causes. And I think he’s right to say that.”
Yet to critics concerned about an authoritarian streak that Trump has displayed throughout his 11 months in power, and his propensity to attack institutions like the FBI and the Justice Department, his motive in equating his personal, political interests with those of the nation may appear more sinister.
Some Republicans don’t agree with the President, saying the nation’s interests are better served by pursuing the Russia probes to their rightful end and that the investigations show the robustness of American civic institutions.
“I believe the Russia investigation, you know, speaks to our transparency in many ways,” Republican Rep. Charlie Dent told “New Day.” “The Russians meddled in our elections, and not only here but throughout the world, and it’s important this be investigated by Congress and Director Mueller.”
“We have to let him do his work and let’s see what he finds before we jump to conclusions,” Dent said. 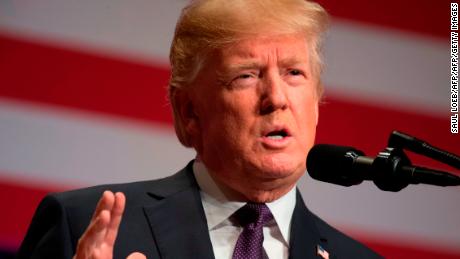 Analyst: No job safe in Trump administration 01:13
Trump’s interview also contains a remarkable assertion of presidential power over the Justice Department that will do little to quell concerns among the President’s critics who fear he may eventually move to dismiss Mueller as the investigation gets ever closer to the Oval Office.
Asked whether the investigation into 2016 Democratic presidential nominee Hillary Clinton’s private email server should be reopened, Trump makes a case that such a move could be within his purview.
“What I’ve done is, I have absolute right to do what I want to do with the Justice Department. But for purposes of hopefully thinking I’m going to be treated fairly, I’ve stayed uninvolved with this particular matter,” Trump told the Times.
While the President can remove top Justice Department officials and the head of the FBI, presidents have traditionally sought to avoid perceptions they are influencing or politicizing the act of implementing the law.
The word “absolute” in this context is a loaded one. And should Trump order the department to end an investigation into his own conduct, he could open himself to accusations that he is obstructing justice.
The hint that Trump retains the right to use the department to investigate his enemies will raise fresh worries that he could test constitutional norms in the future.
Former US Attorney Michael Moore said Trump’s comments made him sound like a king or an emperor.
“He has absolutely no idea what his constitutional role or responsibilities or limitations are,” Moore told CNN’s Poppy Harlow on Friday.
“The Justice Department is not his tool. It maintains independence for a very specific reason. It is not a tool of the administration either to persecute your political enemies or to somehow be a cheerleader for political accomplishments,” Moore said.
Trump’s interview also aimed another body blow at Sessions, who the President has repeatedly criticized for recusing himself from the Russia investigation, given Sessions’ previous role as a member of the President’s campaign team.
Trump was asked if former Attorney General Eric Holder was more loyal to his President, Barack Obama, than Sessions is to him.
“I don’t want to get into loyalty,” Trump said, while also taking a characteristic swipe at the previous administration.
“I will say this: Holder protected President Obama. Totally protected him,” Trump said.
“When you look at the things that they did, and Holder protected the President. And I have great respect for that, I’ll be honest,” he said.
10 questions that could keep you up at night in 2018
Photo: President Buhari pardons 500 prison inmates in Kano
US tax bill: Republicans agree sweeping changes
Nigeria to Play Argentina November 14, for W/Cup Friendly
Photos: Atiku opens ‘Chicken Cottage’ restaurants across the country to empower local farmers
With their tax bill, Republicans prepare for a long-awaited win
Critics react to Trump’s tweet on firing Flynn
This story on Trump’s Russia paranoia is terrifying
Democrat defeats Roy Moore in Alabama race, dealing setback to Trump
South Africa’s ANC party to vote for new leader
New York bombing suspect Akayed Ullah warned Trump on Facebook
Haley touts reduced UN budget
The White House’s famous magnolia tree to be cut back
Ahead of 2019, Senator Ekweremadu calls for 6-year single tenure for president, governors, others
President Trump signs new order to send American astronauts to the moon
South Africa’s ANC picks Cyril Ramaphosa as leader
Why Trump is still winning
Nigeria Vs Argentina FIFA approve November 14 friendly