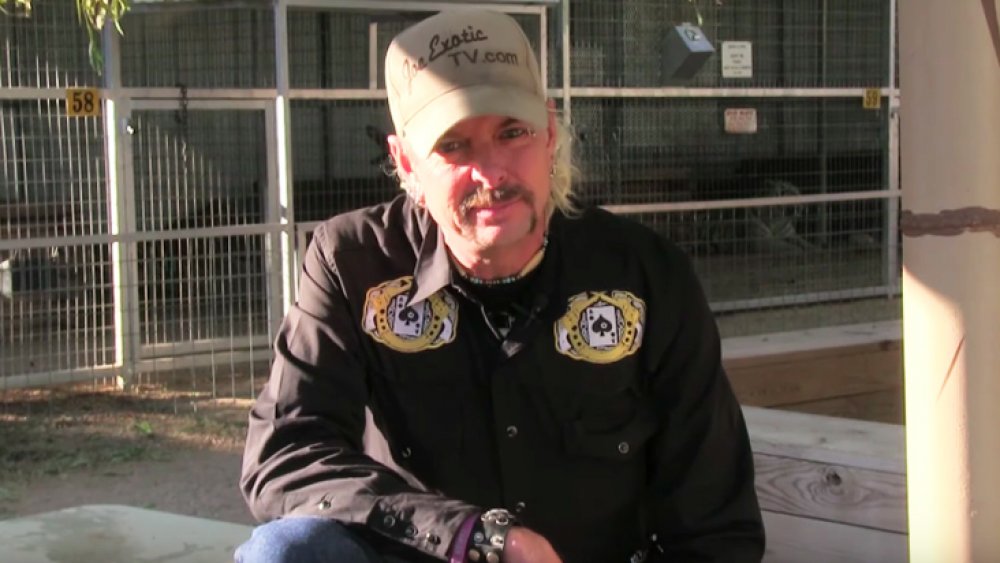 Fans who’ve seen Tiger King might have noticed that Joe Exotic sometimes wore a rather extensive brace on his right leg. He also occasionally walked around with the help of a cane that he seemed to lean on heavily while making his way around his animal park. However, the docu-series never discussed why he was using either. As it turns out, Joe had sustained an injury during an accident that he had caused.

While Joe was running for governor in Oklahoma back in 2018, he “failed to yield to a stop sign at the intersection of a county road and State Highway,” according to Oklahoma’s KFOR-TV. As a result, “his truck was struck by a pickup.”

The controversial zookeeper suffered a head injury, as well as other external and internal injuries, including a wound to his leg. Joe’s husband at the time, Dillon Passage, reportedly posted a photo of him to Facebook during his recovery, which read (via KFOR-TV), “We appreciate all of your concerns and prayers. Joe is doing fine, he’s pretty banged up, but we will make it through this.”

Joe did, indeed, “make it through.” But now the Kansas native is facing a new problem, as he was recently quarantined in prison amid coronavirus concerns.