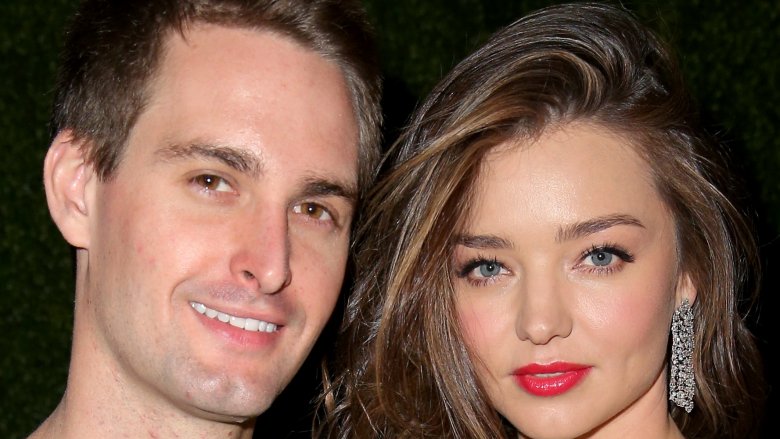 They first laid eyes on each other in 2014 at a dinner in Los Angeles that was organized by luxury brand Louis Vuitton. The fashion world and the tech industry collided when Kerr and Spiegel were seated right next to each other. Kerr was already familiar with Snapchat, but she had no idea that she was sitting next to the app’s co-founder…and soon-to-be billionaire, might we add.

“I was, like, ‘He’s cute . . . but he’s way too young to take anything too seriously,'” Kerr told The Times in regards to Spiegel being eight years her junior. But despite their age difference, they spent the evening “connecting” before Spiegel had to leave the event abruptly to prepare for an important meeting in the morning. Um, what?! Meeting be damned! What guy would give up the opportunity to chat with a drop-dead gorgeous international supermodel until the wee hours of the morning? Well, if you thought Spiegel’s hasty exit was weird, just wait, things are about to get even more kooky.

After exchanging numbers, Kerr told The Times they would speak to each other for a couple of months, but then their communication would wane for the next couple of months.  Basically, Spiegel was being inconsistent. “It was slow and steady. I was like, ‘Is he even interested?’ But once I let him know I was interested, he was very interested,” she said.