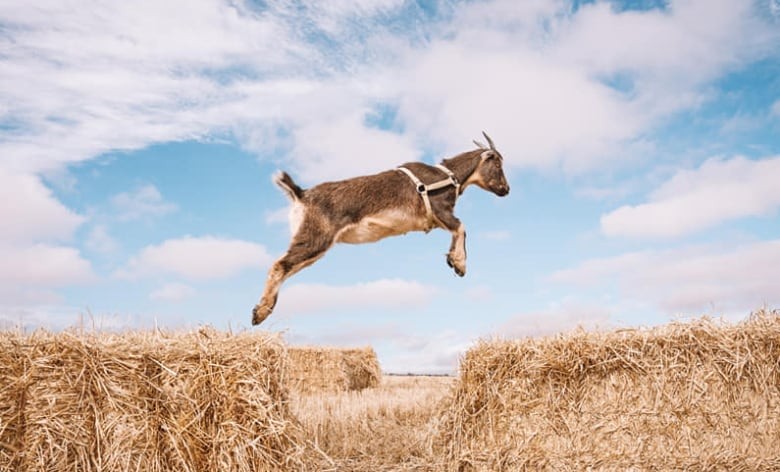 Tinkerbell is a lot like a shadow — wherever her family goes, the little goat follows.

But the Nigerian dwarf and Lamancha cross has gone missing from her southern Alberta home for the third time — and it’s been two weeks, the longest Tink has ever been away from her family.

It’s a mystery, and Kari Carr — who runs HorsePlay! Ranch Adventures near Okotoks — is convinced something is afoot.

Carr got the goat for her youngest daughter, who was lonely on the days her older brother went off to school.

The pair were fast friends, and soon the goat even captured the attention and laughter of parents, kids and visitors.

“If I’ve got a wheelbarrow full of something that I’m moving, Tink jumps in the wheelbarrow with me,” Carr said. “Her favourite prank is to jump on the tarp and get dragged … I cannot help but laugh, even though I’ve seen her do it a hundred times. She’s just so funny.”

Programming at the ranch mostly focuses on horses, and Carr offers classes for kids to get comfortable around her ranch animals.

The courses involve trail riding adventures and more. Tinkerbell, along for the rides, quickly became a star at the ranch.

“She’s the sidekick that steals the show,” Carr said.

Before Tink disappeared, Carr said she’d just started to train the active goat how to pull her daughter in a sled.

“If she’s busy, she doesn’t get into trouble,” Carr said. “She comes home tired.”

The first time Tink went missing, Carr said she figured it was a one-off. But then it happened again.

Both times the goat was wearing accessories, like a rig Carr and her husband had perfected to keep Tinkerbell’s horns from poking people or dinging door frames.

“We know for a fact that you need a good knife to cut it off,” Carr said. “It’s impossible for her to get it off because if anybody would have, it would have been Tinkerbell, little punk.” 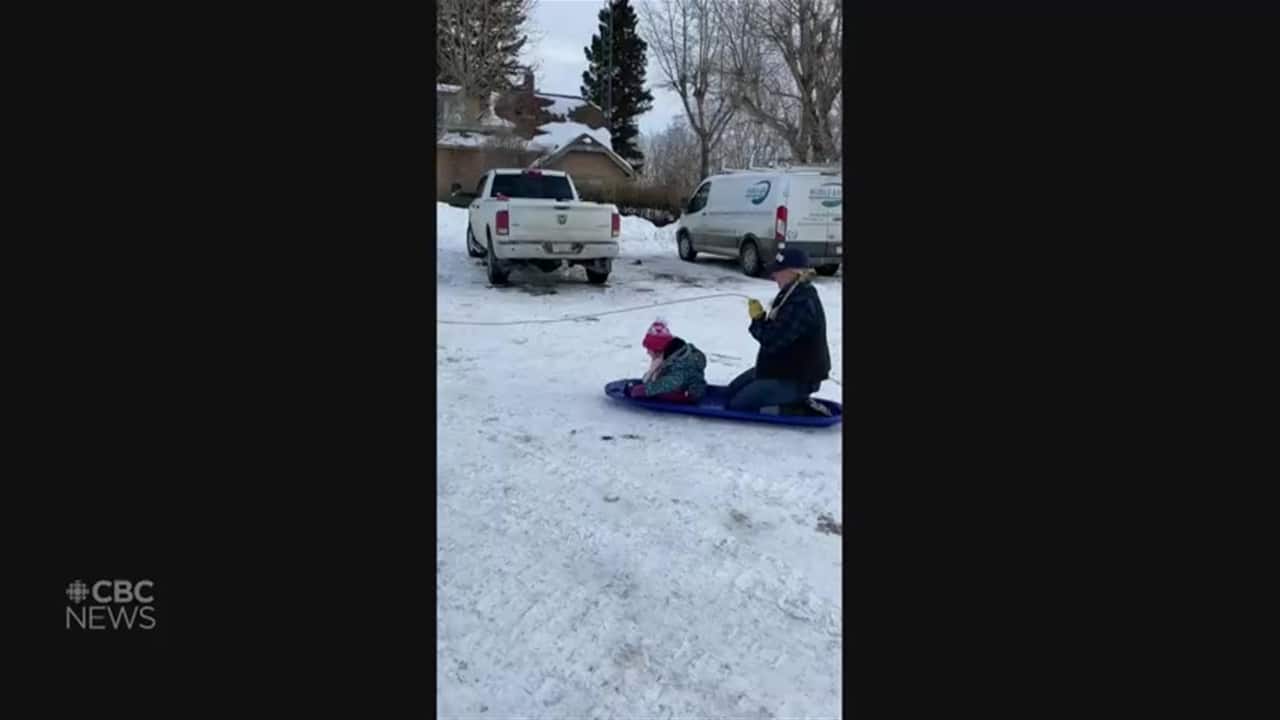 Before pet goat Tinkerbell disappeared, owner Kari Carr said she’d just started to train the active goat how to pull her daughter in a sled. 0:23

Carr said after the second disappearance, she bought a tracking collar. Only problem was, the batteries couldn’t stand up to the Alberta winter. She took the collar off the same day the goat went missing to replace the batteries.

Carr said she’s checked every building, every ditch and left no stone unturned to find the beloved animal. She has canvassed her area and called all of the veterinary clinics nearby, even contacting the RCMP.

“At the beginning, I just thought it was some punk kids and you’ve got to give them a break,” Carr said. “So if this is funny — OK, you’ve had your giggles, but time to stop.”

Carr said all she wants is for Tinkerbell to be returned. Whether the goat is dropped off at a veterinarian office or turned in to the RCMP, no questions asked.

“Do the right thing. Give us a call, give us a tip, whatever.”

RCMP are investigating the goat’s disappearance, but have not yet established it is a case of theft.