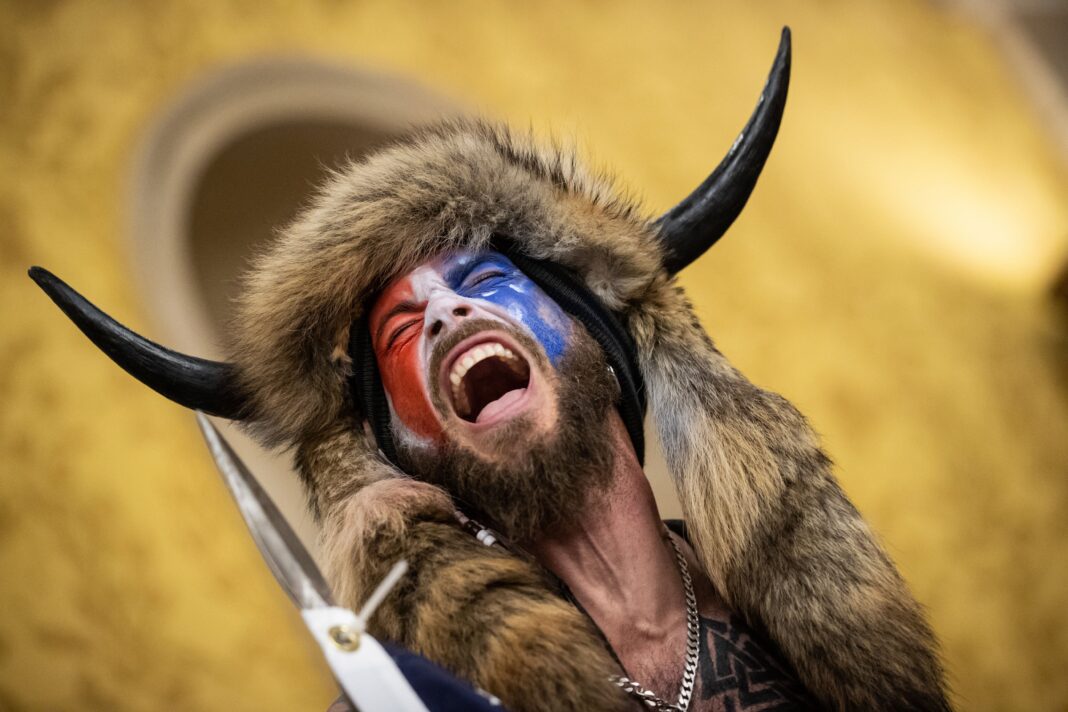 Jacob Chansley, the convicted Jan. 6 rioter also known as the “QAnon Shaman,” now claims he was just trying to help during the insurrection.

“I actually tried to, on more than one occasion, calm the crowd,” he told “Inside Edition.” “But it just didn’t work.”

Chansley also said that he regrets not doing more to keep the peace as supporters of former President Donald Trump attacked the U.S. Capitol in an attempt to block the certification of the 2020 election results. However, multiple videos and images showed him howling and chanting his way through the Capitol and inside the Senate Chamber.

Prosecutors said he yelled, “Times up, motherfuckers,” and left a note on then-Vice President Mike Pence’s desk that said, “It’s only a matter of time. Justice is coming.”

Chansley was known for his frequent appearances at demonstrations and rallies wearing face-paint and a furry headdress with horns. Yet in his interview with “Inside Edition,” he blamed the media for turning him into the public face of the riot.

His mother said he shouldn’t be in prison because Trump invited the protesters to the Capitol.