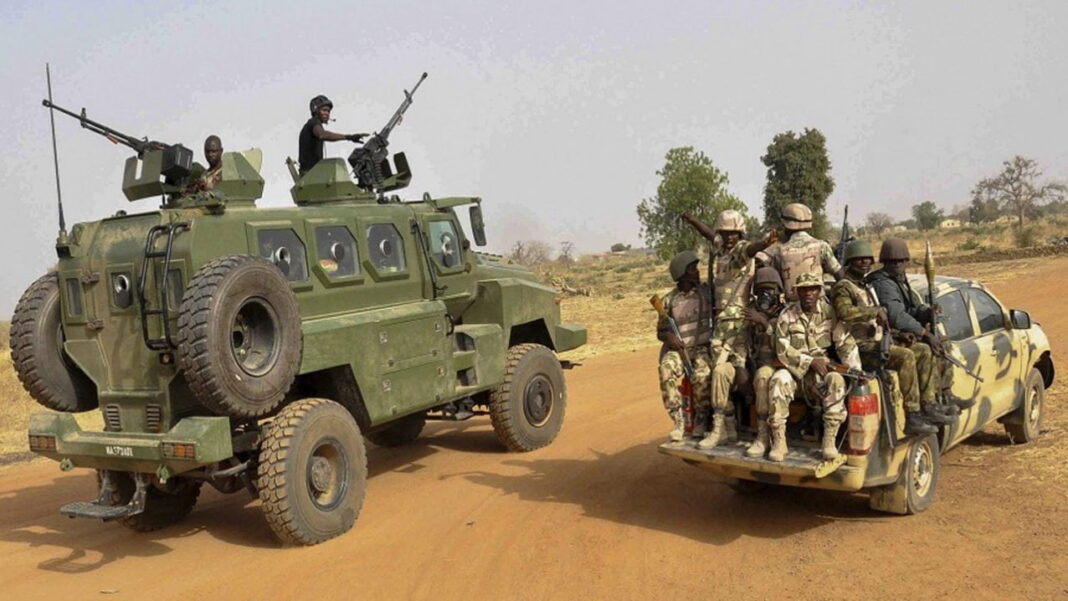 The Defence Headquarters on Tuesday confirmed that the troops of Operation Accord” have killed two bandits and arrested three in Kaduna State.

They also recovered a cache of arms and ammunition at Dajin Kajuru in Kajuru Local Government Area of Kaduna State.

The Coordinator, Defence Media Operations, Maj.-Gen. John Enenche made this known in a statement on Tuesday in Abuja.

Enenche said the success was recorded during a search and rescue/clearance operation carried out in conjunction with local vigilantes, supported by close air support on the location.

He explained that an unconfirmed number of bandits escaped with gunshot wounds after a fierce encounter.

According to him, during the exploitation by the gallant troops, two magazines, 36 rounds of 7.62mm Special ammunition, and two motorcycles were recovered.

The military commended the gallant troops for their dexterity and encouraged them to intensify the onslaught against the enemies of our country.

Enenche urged the general public to continue providing credible information to the troops operating within their localities.