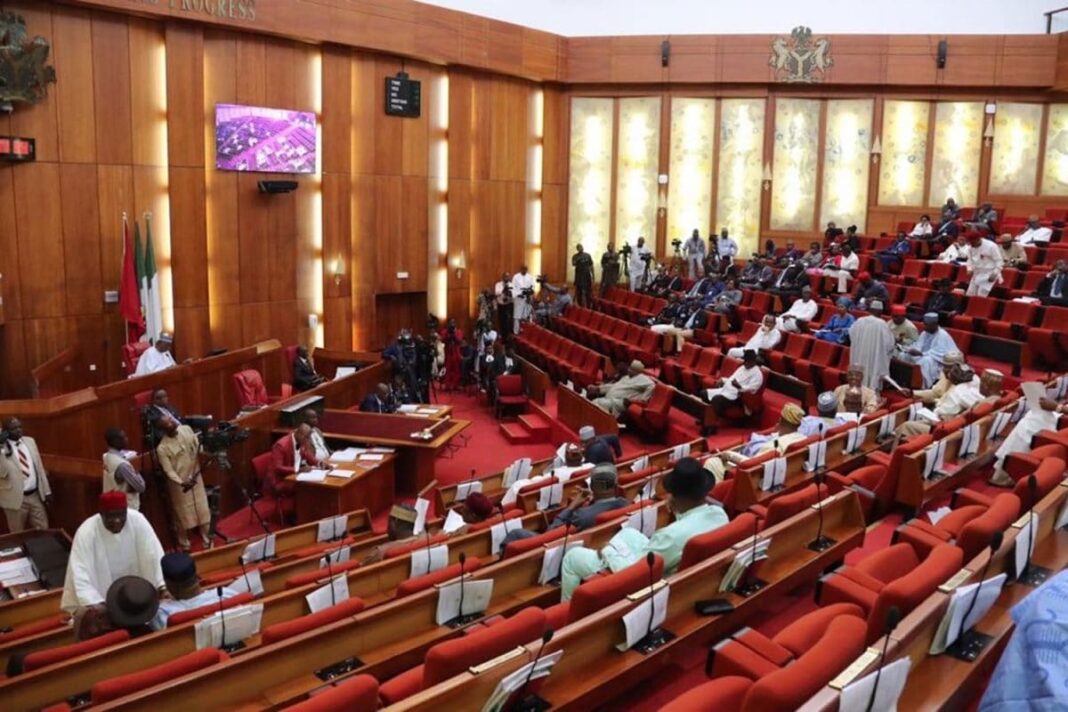 The Nigerian Senate has again confirmed the nomination of Nwogu N. Nwogu as Abia State representative in the Board of Niger Delta Development Commission (NDDC).

Nwogu hailed from Ukwa East Local Government Area of Abia State and a chieftain of the governing All Progressives Congress (APC).

DAILY POST reports that the Senate on Tuesday confirmed fifteen nominees to serve on the governing board of the Niger Delta Development Commission (NDDC).

The chairman of the Committee, Senator Peter Nwaoboshi in his report submitted to the Senate for purposes of confirmation, expressed satisfaction that the nominees were screened and found capable to serve on the board.

He said fifteen of the nominees were qualified to serve on the governing board of the Niger Delta Development Commission (NDDC).

Recall that the Abia State chapter of the All Progressives Congress (APC), led by Hon. Donatus Nwankpa had called for the immediate removal of the State nominated a member of the board of the Niger Delta Development Commission (NDDC) Mr. Nwogu Nwogu.

Comrade Benedict Godson, the Publicity Secretary of APC in the state, while revealing this to newsmen in a press conference in Umuahia, the state capital, stated that the unanimous rejection of Nwogu arose after due and thorough consultations with major stakeholders of the party leadership in the ward, Local government and State levels.

The APC spokesman appealed to the presidency to allow the people of the state to field a competent person as Abia representative in the NDDC board.

Godson’s words, “Our position is very simple. We don’t know who is Nwogu Nwogu. Not just on the issue of name or having been there before, but, what impact has he made? Does Abia look like an oil-producing state?

“We need a representative in that position who understands our plight. Even at the party level, does anybody know the Nwogu Nwogu? He was never involved in anything throughout the election. He was not involved in the governorship, presidential, Senatorial, House of Representatives or even State Assembly elections”.

But, while reacting in a statement issued by Mr. Mike Ozoemena, the factional Publicity Secretary of APC also in the state, dismissed the purported rejection of Abia nominee, Nwogu N. Nwogu as the State representative in the board of the Niger Delta Development Commission,(NDDC) by an APC chieftain, Ben Godson and group.

He added, “We know that Chief Nwogu N. Nwogu being a disciplined man must have rejected and turned down the usual extortionist tendencies of party chieftain, Benedict Godson and his group who though pretended to be in APC, but openly worked for the reelection of their kinsman(Okezie Ikpeazu) as the governor of Abia State during the 2019 general election. Thoroughly sabotaging the then-candidate of APC in the election, Dr. Uche Ogah, who then failed abysmally.

“This is the most callous. Firstly, the party chieftain, and his cohorts do not enjoy the moral justification to question the wise counsel and nomination of Mr. President having tried unsuccessfully with his clique to use someone from Osisioma Ngwa and criminally tried to deceive the President that he is from Ukwa West, the area the position statutorily belongs to in Abia State as the oil-producing local government area of the State.”