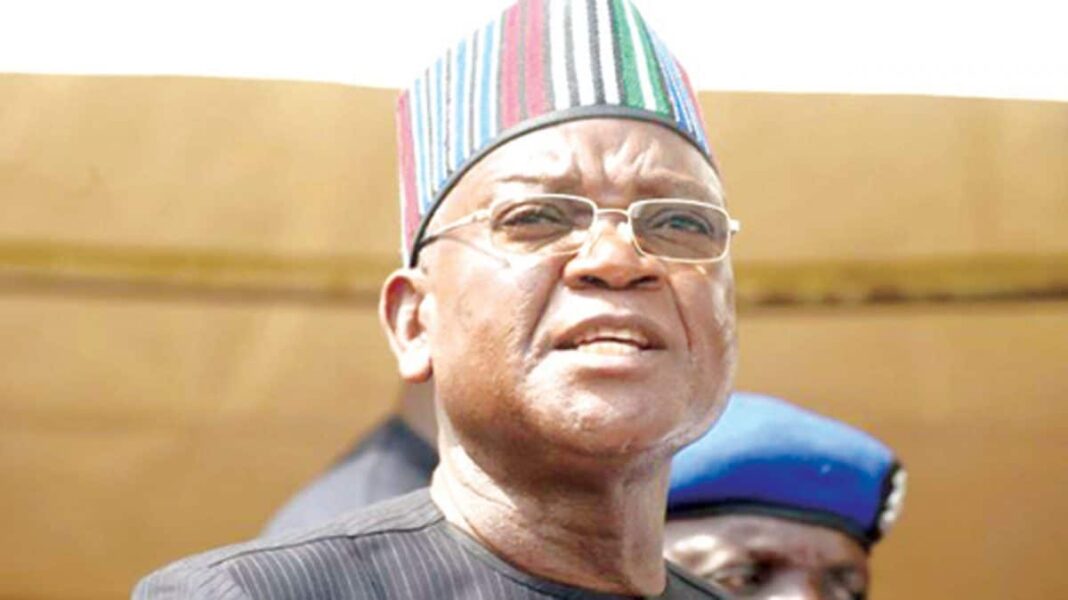 The inauguration took place at the New Banquet Hall of the Benue Peoples House Makurdi.

Speaking at the event Governor Ortom said the COVID-19 pandemic requires all hands to be on deck to prevent its spread, stressing that the sensitization must go to the hinterlands to save lives.

He expressed optimism that the council chairmen who are also chairmen of the Action Committees at that level would collaborate with traditional rulers and other relevant stakeholders to drive the campaign on prevention of the COVID-19 pandemic.

The Governor expressed his readiness to submit a sample of his blood for testing and promised to make the result public after the test, even as he urged his deputy to do the same to be sure of his status.

A statement signed by Ortom’s Chief Press Secretary said while charging the council chairmen to prioritize payment of salaries, the Governor directed them to set aside N5 million naira each to fund the activities of COVID-19 in their domains and also attend to any emergencies concerning the virus.

He commended the State Chairman of the Action Committee on COVID-19 and Deputy Governor of the State, Engr. Benson Abounu and other members for their proactiveness on issues despite discouraging comments from some members of the public.

Ortom also lamented the attitude of the index case in the state for taking to cyberspace to spread falsehood to assuage public sympathy.

He maintained that the magnitude of the pandemic was beyond sentiments of whatever kind.

Also speaking, Deputy Governor of the state, Engr. Benson Abounu, said the committee he chairs has the sole responsibility of sanitizing and educating Benue people about preventive measures against the spread of COVID-19 and what to do in any suspected case.

He further stated that the council Chairmen would head the committees and second class traditional rulers would serve as deputies while Directors, General Services and Administration would be secretaries and other categories of membership cutting across security, civil societies among others.