‘Mark my words, money will fail in 2019 elections’ – Fela Durotoye 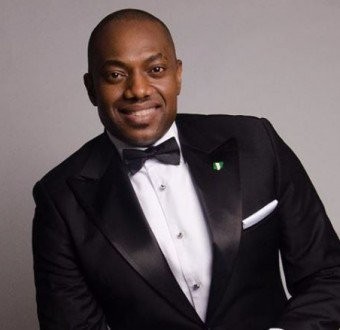 ‘Mark my words, money will fail in 2019 elections’ – Fela Durotoye

Motivational speaker and leadership coach, Fela Durotoye, has shared his perspective about the leadership structure of Nigeria ahead of the 2019 general elections.

Durotoye who is also a presidential aspirant was a guest on Channels Television’s Politics Today where he said “Money will fail in 2019”.

According to him, “people are now smarter and they now know that when politicians offer you money, they are offering you money to enslave you.”

He went on to say that the status quo will be changed in 2019 because the people have “woken up” and are no longer interested in being ruled rather, they want to lead and make deliberate efforts to make their lives better.

According to him, Nigeria has up until now, experienced “rulership” as opposed to leadership.  He further explained that there is a leadership system called “Selectocracy” in Nigeria, in which “the access to positions of authority and In some cases power, is determined by a few people who have a higher interest in themselves and their own select interest than they have in the interest of the general public.  “We have not seen leadership in Nigeria. What we have in Nigeria are not leaders, we have rulers and we have to call rulers for what they are,” he said.

Peter Obi Former Governor hails GEJ at 60, mourns Ekwueme
Photo: President Buhari pardons 500 prison inmates in Kano
Libya Slave Trade: Samuel Eto’o denies paying flight tickets to airlifts several Cameroonians back to the country
FG to finalise recovery of $321m by December – Buhari’s aide
Photo: Banky W and Adesua make their first post wedding appearance at an event in Lagos
Goodluck Jonathan I’m always close to tears when Nigerians say they want me back – ex-President
Why Nigerians are willing to die to get to italy
Pidgin English The language that unites 75m Nigerians
Getting Nigeria’s railways back on track with China’s help
Corruption case backlog puts Nigeria govt under scrutiny
This is How to Make Some Money the Next Time You’re Sitting on the Toilet
Olympic weightlifter sells his gold medal to raise money for Iran earthquake victims
Photos: President Buhari arrives Jordan for Counter Terrorism Summit
Why Trump is still winning
‘You should never have to choose between two good things, when both, together, make a perfect combination’ – BankyW shares wise words to the Okoye brothers
Nigeria’s anti-Boko Haram general Attahiru Ibrahim sacked
Networking platform releases nominees for the Woman Of The Year award 2017
Burna Boy interrogated and detained by police in connection with Mr 2kay’s robbery attack at Eko hotel (photos)
Photos from President Buhari’s dinner with the leadership of National Assembly at the State House