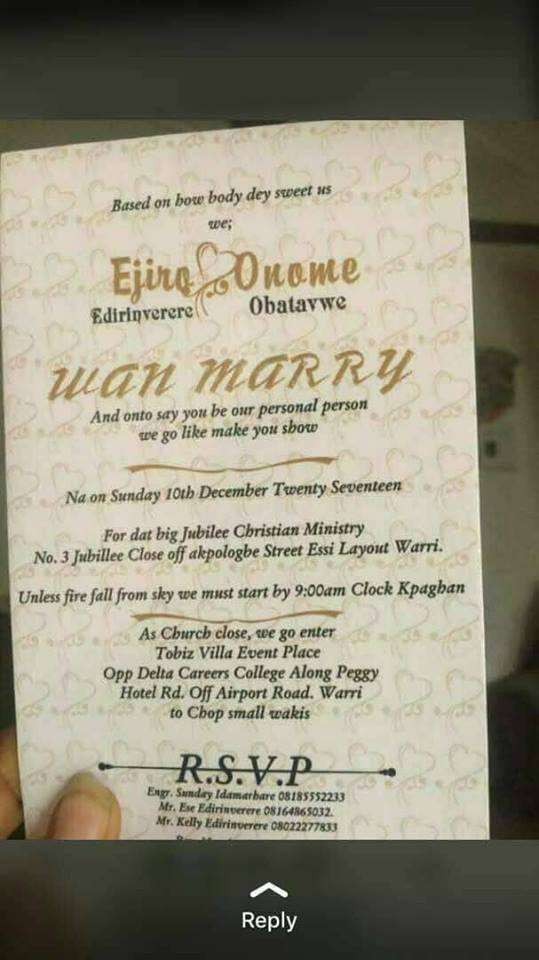 Pidgin English is the unofficial lingua franca of Nigeria.

I can’t clearly recall when I started speaking in pidgin English but it was sometime during my early JSS years.

How It All Started

This was a period when boys wanted to join the cool and hip teenage clique badly. We wanted to dress and talk like the older guys who were already in on pidgin and rocking combat pants with killer boots.

Pidgin English has no barrier, both rich and poor say it although to varying degrees. Therefore it should not be any surprise that I learnt how to speak Pidgin English in a secondary school tucked away in the fancy part of Apapa.

The language was new and exciting and I liked the way it rolled off the tongue. It was a new way to talk and express our feelings at an age when our hormones were raging.

Phrases like ‘na wa o‘, and ‘how far?’  were used during friendly convos when it was lunchtime. School was still school and we still had to speak proper English of course but whenever it was break time or when we had a free period, we switched to the language of the streets.

After a year or so of speaking in pidgin, a new guy came to our class. He is from Delta state, Warri to be precise. Deltans are not only known for speaking good pidgin, they are also famous for speaking waffi– a dialect of Nigerian pidgin English.

He was a standout guy and it didn’t take him long to blend with the crowd. Outside class, when we were ‘yarning’ we noticed his Pidgin English was different from ours. He had cool words to describe things and situations that we never knew existed.

A Mixture Of Nigerian Languages

It was from him I started using the word ‘omo’ which is still prevalent in Pidgin English till date. ‘Omo boy how far?‘, or ‘omo I don’t understand‘ are used when talking to your guy. Omo which is a Yoruba word for ‘child‘ just goes to show you how much Pidgin English has blended popular words from the major tribes. Some of these words include ‘shebi, ‘nna‘, and ‘abi‘.

It is believed that Pidgin is spoken and understood by up to 75 million people in Nigeria. It’s no wonder that the BBC Pidgin was launched in August 2017 to cater for this large number of people. BBC Pidgin is not the first of its kind in Nigeria. In 2007, Wazobia FM was the first fully pidgin radio station in the country. Its success spurred the likes of Naija FM to open up shop.

Moving beyond radio, Pidgin English is popular in Nigerian music as it helps to reach all types of people. The late great Fela Anikulapo-Kuti once said: “You cannot sing African music in proper English.” Pidgin English helps break down the tribal barrier in the country.

play Phyno offers exciting punchlines and wordplays in Igbo language, mixed with a bit of Pidgin-English.

The English language is learnt in school but Pidgin English is learnt on the streets with friends and that is why it is more intimate to use during social conversations.

Photos/Video: American woman arrested in India with 1.9 kilograms of cocaine allegedly given to her by a Nigerian in Brazil
Nigeria’s love affair with a Norwegian fish
Ha, whose mother/sister or aunty is angrily flaunting her breasts on social media?
Melanin Popping! Nigerian model Mary Timms slays In swimsuit photoshot
Here are the biggest moments of Nigerian music this year
SARS Police brutality, corruption in Nigerian popular culture
In Kenya Second protester shot dead after fractious vote A second protester was killed in Kenya on Friday as anger raged a day after a divisive election boycotted by the opposition, taking the death toll from two days of protests to eight.
2 men arrested for murder of 26 Nigerian girls, women killed in In Italy sea
Fetty Wap’s ex and babymama to-be Alexis Skyy flaunts her blossoming bump in skintight jumpsuit (Photos)
Tizeti partners Facebook to bring Nigerians affordable internet service The Express Wi-fi plans are affordable and range from N50 for 100MB to N2,000 for 10GB.
Babatunde Fashola ‘We’re re-introducing toll gates across the country,’ Minister says
ARAMIDE: Why I admire Alicia Keys
Cardi B mocks people sharing her nude videos online…
Nigeria Vs Argentina FIFA approve November 14 friendly
‘Abacha loot’: Switzerland to return $320m to Nigeria
Why Nigerians are willing to die to get to italy
239 Nigerian Migrants return from Libya amidst slave trade crisis
Burna Boy interrogated and detained by police in connection with Mr 2kay’s robbery attack at Eko hotel (photos)
Nigerian Navy recovers 1330 cans of Petrol from oil thieves