Liverpool’s front three is the best in Europe 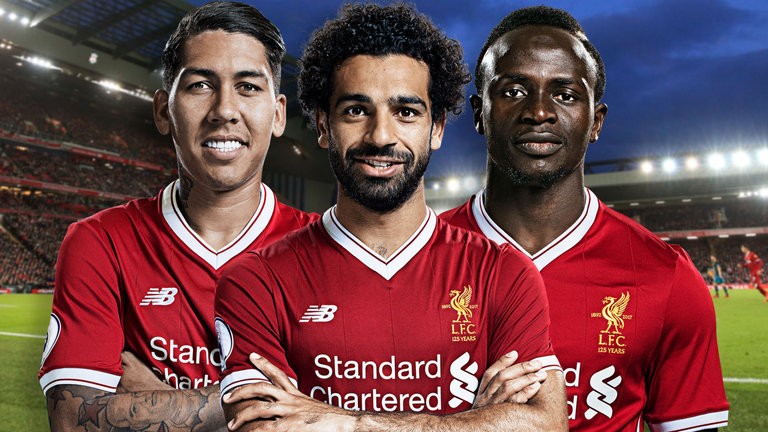 Liverpool convincingly beat Porto 5-0 in the first leg of their Champions League last-16 tie in Portugal on Wednesday with Jurgen Klopp’s front three all getting on the scoresheet. A Sadio Mane hat-trick and strikes from Mohamed Salah and Roberto Firmino handed the visitors a comfortable advantage ahead of the second leg on March 6.

Speaking after Liverpool’s impressive performance, Sidwell and Wise says the Merseyside club have the best front three on the continent at the moment.

“Of course it is [the best front three in Europe],” Sidwell told The Debate.

“The stats don’t lie. They’ve scored the most goals in the Champions League group stage which is a record.

“They backed it up tonight with a 5-0 win. They’re all slowly throwing down a marker to say ‘listen, watch out for us’.”

Wise said: “I do [agree] but you’ve also got to look at the Manchester City three, they’re not bad either.

“They’re up there as well with them. For me, I would at this present time go with the Liverpool three. They’re performing in this period where they’re so clinical so I’d put them in front at the moment.”

Highest scoring trios in all competitions this season

Salah continues to draw praise as his 26th minute strike was his 30th goal in all competitions, but Wise insists credit has to be given to his forward partners Mane and Firmino for assisting his prolific record.

He added: “I think he’s got some team-mates around him in Mane and Firmino who have created chances for him and performed as well.

“As a three, I look at them and think they’re as good as what you see at the moment in the Premier League.”