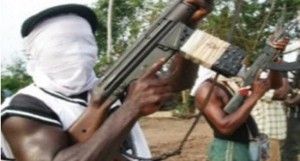 Gunmen suspected to be kidnappers have abducted three students and a lecturer of the School of Midwifery, Tudun Wada in Kaduna State, North-West Nigeria.

The students and the lecturer were reportedly kidnapped on Friday along Birnin Gwari Road in Birnin Gwari Local Government of the state while they were travelling on a coastal bus to visit a student of the institution who was hospitalised in the area.

A security source said the gunmen intercepted the bus loaded with about 20 students and whisked three among them away and a lecturer who was accompanying them on the trip.

Although the Kaduna State Police Command is yet to confirm the incident, a top source from the state government told Channels Television that efforts were being made to secure their release.

The latest incident is coming barely five days after over 10 people were kidnapped along Kaduna-Abuja road.