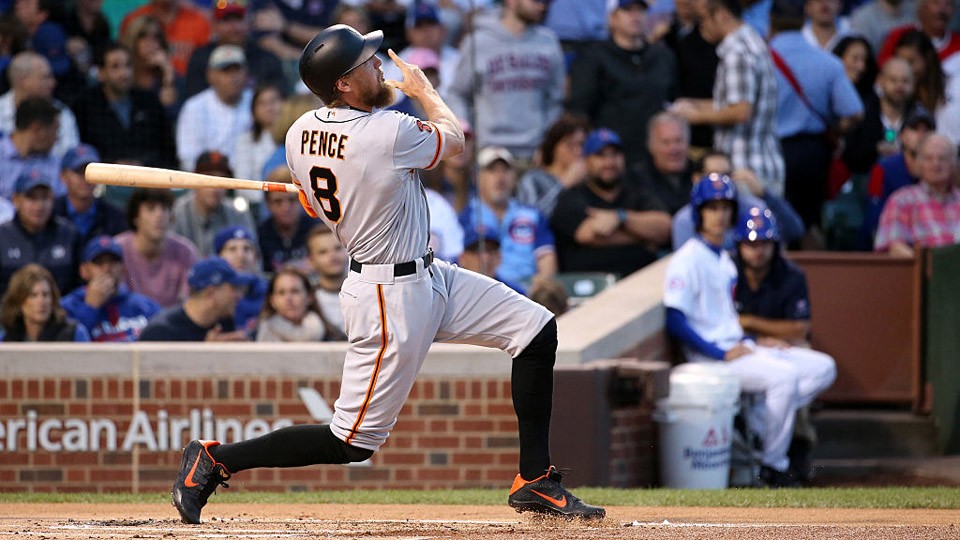 Strange is the first adjective that comes to mind. In the finale of a really exciting series, many of the high leverage plays were just plain strange.

The A’s went down quickly in the top of the first, although not before a long Jed Lowrie out that Steven Souza caught leaping into the wall. Though it served as something of an omen of struggles to come, Jesse Hahn worked around walking the first two hitters in the bottom of the first (thanks in part to an beautiful Pinder-Lowrie double play).

The A’s jumped out in front in the second. Yonder Alonso showed great patience to work a walk. Ryon Healy followed up Yonder’s walk with a little league double, and so it was second and third with only one out. Stephen Vogt drove them both in with a single up the middle. Vogt would get another RBI in the fourth, driving Alonso in again to make it 3-0.

But things began to unravel in the fifth. Hahn got the first two hitters of the inning to strike out, but the Rays went double-double-double-single-double to tie the game at three. While Hahn wasn’t at his best on Sunday, he finished five and took a no-decision.

The A’s again took the lead in the sixth. Like Hahn, Rays starter Chris Archer also wasn’t at his best. Archer battled through six-plus difficult innings, throwing well over a hundred pitches, and allowing the last of the runs for which he was responsible on a Khris Davis single. With the infield pulled in, Khrush lived up to his nickname-sake and pounded a ball almost directly straight downward. The ball took a massive hop and bounded over the Rays infield into short left center. It’s a play that probably doesn’t happen without the ‘help’ of the padded, artificial turf.

As we’ve seen so often this season, the bullpen was again unable to hold a late lead. The A’s were helped by a little league double early in the game, and the Rays scored their final run as the result of a little league triple. Mallex Smith tried to drag a bunt down the first base line. It wasn’t a great bunt, in truth, and Coulombe fielded it easily enough. But Smith’s speed makes every play interesting. Alonso initially charged and found himself caught in no man’s last about 3/4 of the way up the line. Coulombe’s throw was directly over the base, but right between Alonso and Lowrie. When the play was over, Smith was standing on third base. Dickerson immediately drove him in on a sacrifice fly and that was the game.

The A’s made a late bid to rally in the ninth. A Matt Olson walk and a pair of singles from Jaycob Brugman and Chad Pinder loaded the bases, but the A’s were unable to push the tying run across. Still, the Olson/Brugman/Pinder ninth inning combo is a good sign for the future. The A’s are off tomorrow. Enjoy your Sunday everyone!