The A’s are totally blowing it 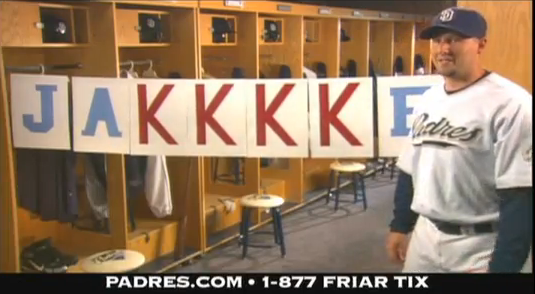 Even if things broke right for the A’s all year long, the playoffs were a longshot. No one should be surprised that this team is out of it, especially with the Astros effectively having won the division two months into the year.

We are all still allowed to be annoyed at just how badly this team is blowing it.

We’ve talked at length about just how unwatchable this defense is. It’s pretty remarkable how diverse the A’s are in their defensive miscues – most teams stick with booting too many balls or simply not having the range to be effective but the A’s, oh the A’s do all of the above.

Take Daniel Coulombe’s error today. Not really his fault, at least entirely as he threw a perfect strike to his intended target. Yet there was no one there to receive it, slow Jed Lowrie unable cover for Yonder Alonso, trying to field the bunt that Coulombe had covered. That led to the winning run about seven seconds later, and the A’s lost the game from there.

Had Coulombe given up a normal single and speedster Mallex Smith gone on to steal second and score on a sac fly to win the game, whatever. The A’s are supposed to be bad and honestly it’s okay to be bad (though the A’s are running out of time for that excuse) and losing is a part of the game. Lose to a superior team while playing fundamental baseball? Fine.

Lose a game you should win because no one covered first base, the base that’s always going to be a force-out? That is so uniquely A’s and so very frustrating. These miscues are the mark of a bad team, but not the mark of a team that has to be bad. It’s so very fixable yet it hasn’t been fixed. And it’s remarkably frustrating.

The errors on the offensive side of the ball aren’t nearly as egregious and overall, they’ve been alright with the bat. You know the story, it’s an offense with some great bats and some poor bats that overall relies on the dinger just a little too heavily. Fine, whatever.

There have been far too many games that have gone like today. Adam Rosales pinch ran in the ninth and typically you want your pinch runners to be better than your average runner. Rosales was not.

With Rosales on second, Chad Pinder strode to the plate and hit a clean line drive to left. Rosales froze on the obvious base hit for significantly too long, forcing Chip Hale to hold him at third. One could argue the A’s should have sent Rosales even with his tentative start and there’s a solid chance he’d have been safe even with the freeze. Left fielder Colby Rasmus was moving to his right to field the ball, taking something off whatever throw home he might have had should Rosales had gone.

Ultimately, it sucks that Rosales put Hale in that difficult position of deciding whether or not to send. Rosales froze when due to a poor read, an unforgivable error as a pinch runner implemented to give the A’s an advantage on the bases. He did the opposite, costing the A’s a run and a chance at a win. Like so many this year, it was a very fixable error, one that will likely continue to go unfixed.

By the way, it’s not like the A’s didn’t have a chance to score Rosales after that miscue and it’s not surprising that they didn’t. That part is frustrating but a bit more acceptable.

We’re all particularly frustrated with today’s game, one in which you can pick out multiple instances that could have led to an easy A’s win.

It’s not just today, though, and it’s not your imagination if you think this is a theme of the 2017 season. Jeff Sullivan wrote about it a bit ago at FanGraphs, utilizing BaseRuns to make his point. BaseRuns is a metric that effectively takes timing out of the equation, as it’s something that by and large is a matter of luck. By that measure, the A’s look like a pretty okay team and that makes sense. It feels like the A’s have been in a good number of their losses this season and the truth is, they have been. They’re 5-8 in one run games, a record padded by the bullpen’s uncanny ability to let things get out of hand, and by and large the A’s are competitive. This isn’t late 2016 where ever outing was a complete mismatch. The A’s have the ability to stay in games, and they are throwing it away.

I can get over the A’s losing this year, as it’s sort of an inevitability. Wins and losses are binary and while the ugly ones (like today’s!) will cost us all a few precious hairs, losing a few isn’t all that big a deal. Losing ugly? Still not that big a deal in the short term.

It’s a touch alarming that for the third consecutive year the team donning the green and gold just can’t stop shooting themselves in the foot, then going and eating said foot full of metaphorical bullets. A portion of the personnel has changed but some has stayed the same, leaving even the most optimistic fan to wonder if there’s something more to it than simply employing bad players.

This isn’t an accusation directed at Bob Melvin or the coaching staff. Melvin has a history of success and is well known to be a respected leader. He is of course capable of leading a team to the playoffs like he has before, and the group of ball players who he’s had the misfortune of penciling into the lineup for the past two years and change. Maybe all this team needs is some legit players like say Matt Chapman, known for his excellent fielding abilities. But goodness is it tiring to see the A’s throw away wins over and over, and one has to hope this trend will end in the very near future.