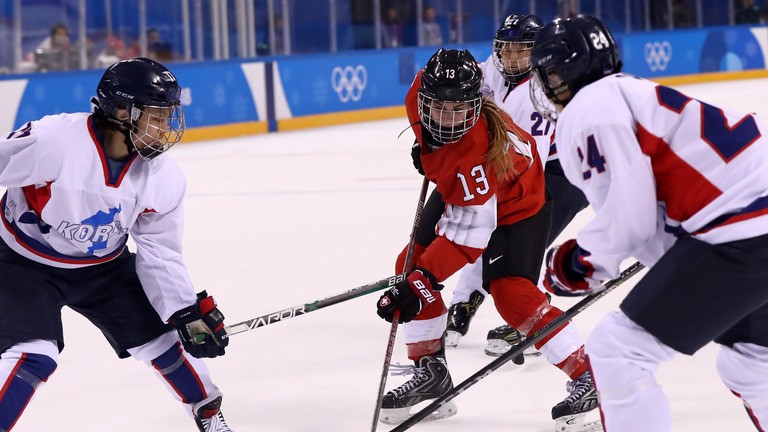 North and South Korea played in the same team for the first time in the women’s ice hockey competition but were resoundingly beaten 8-0 by Switzerland on day one of the Pyeongchang Games.

The unified North and South Korea team’s historic debut against Switzerland, who won bronze in 2014 at Sochi, came just 24 hours after the opening ceremony was marked by signs of unity between the two nations.

Switzerland’s Alina Muller scored first-period hat-trick and added a fourth in the second period as the hosts where shut out at a packed Kwandong Hockey Center, bolstered by a contingent of North Korean cheerleaders.

Phoebe Staenz and Lara Stalder both scored twice for Switzerland to round off a dominant victory.

Korea, ranked 22nd in the world, almost took a surprise lead when Han Soojin’s shot hit the crossbar in the first period but never looked like threatening after that against the side currently ranked sixth in the world.

Fielding the joint hockey team was one of the key agreements the neighbouring nations have struck after several rounds of talks at the border on how to cooperate during the Winter Games.

Athletes from North and South Korea were paraded together during Friday’s opening ceremony, marching under a single Unification Flag depicting an undivided peninsula to the tune of their shared traditional folk song “Arirang” instead of their respective anthems. It was their first joint march since 2007.