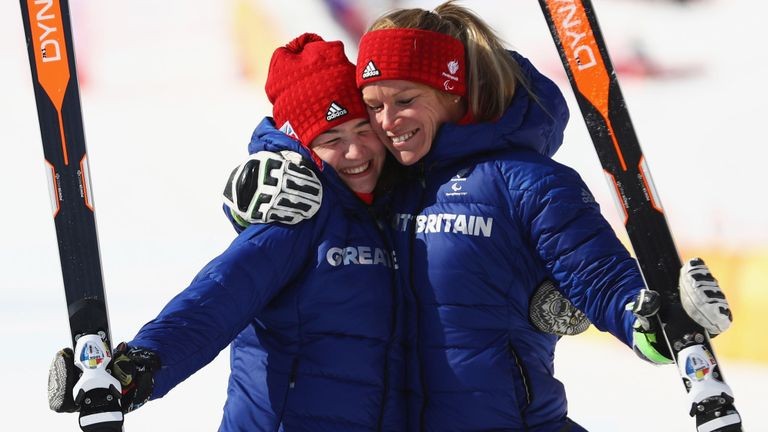 Fitzpatrick and Kehoe finished the combined event in silver medal position behind Slovakia’s Henrieta Farkasova and guide Natalia Subrtova, who were celebrating their third gold medal in Pyeongchang.

The British pair were second after the opening super-G run but were unable to overhaul their deficit in the slalom despite an impressive effort.

Team-mates Millie Knight and Brett Wild finished just outside the medals in fourth, unable to secure their third medal of the Games, while Kelly Gallagher and Gary Smith came home in seventh.

Fitzpatrick, who has no vision in her left eye and only limited sight in her right, crashed on the first bend in the Saturday’s downhill, but recovered sufficiently to take a bronze in the super-G 24 hours later.

“Today we went for it and it was really awesome,” Fitzpatrick told the BBC.

“I wasn’t impressed with my skiing on Sunday because I was quite static and wasn’t getting in the tuck when Jen was shouting at me to.

“But after the individual super-G, we knew we had one medal in the bag. Now we are just having a fabulous time and enjoying the Paralympics because often you go through the race and just think about skiing.”