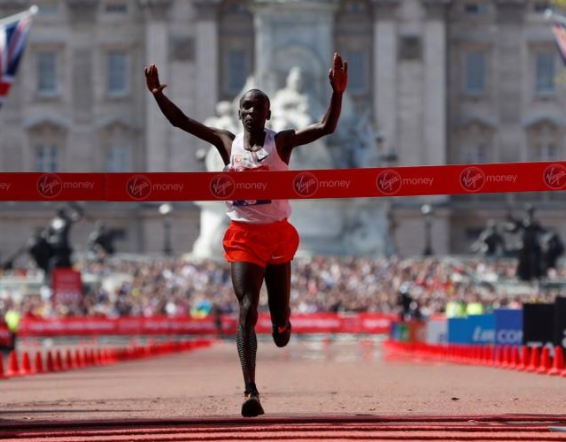 Kenyan athlete, Eliud Kipchoge defied soaring temperatures to win the 2018 London Marathon for a third time on Sunday, while Mo Farah finished in an impressive third place, breaking the British record in the process.

Kipchoge raced out of the start, with the leading group registering a blistering opening mile of four minutes 22 seconds, but the Kenyan could not maintain that pace as temperatures rose over 20 degrees Celsius.

Mo Farah, who overcame early problems with his drinks bottle, fell well behind Kipchoge but still registered a time of 2:06:21 to break Steve Jones’s British record achieved in 1985.

Having taken a break from the London Marathon last year to try to run a sub-two-hour marathon in Italy, Kipchoge returned to add to his 2015 and 2016 titles with ease, finishing ahead of Ethiopia’s Tola Shura Kitata in 2:04:17, two minutes 20 seconds off Dennis Kimmetto’s world record.