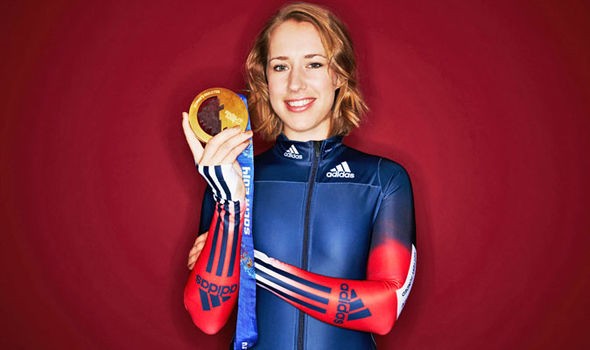 Double Olympic champion Lizzie Yarnold says she would not have been able to achieve her skeleton gold without adequate funding.

Great Britain met their pre-tournament target of five medals at the Winter Olympics in Pyeongchang but some critics claim the £28m investment in winter sport is too great.

UK Sport chief executive Liz Nicholl has defended the level of funding while Yarnold hopes Team GB’s success in South Korea will inspire the next generation.

“From my perspective, I wouldn’t be here if it wasn’t for National Lottery players and the people who support me,” said Yarnold, who became the first Briton to defend a Winter Olympics title when she won gold in the women’s skeleton.

“I know every day that I have to train hard because people are supporting me. I go into schools and show children my medals and tell them, ‘you don’t have to do skeleton – you can follow your dream in piano, in art, be an actor. Whatever it is, you can do it and don’t give up on that dream.’

“It’s a big number and so much money but I really hope that we do inspire people to follow their dreams.”