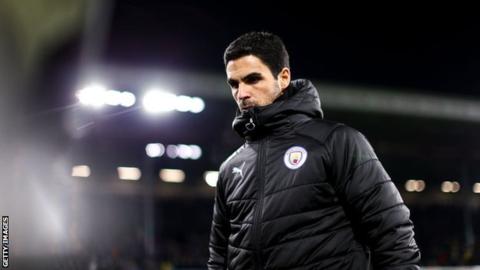 Mikel Arteta is expected to be named as Arsenal’s new manager on Friday.

Arteta said his farewells to staff at Manchester City on Thursday morning.

There has been annoyance at City over Arsenal’s conduct but they will not stop Arteta, 37, succeeding Unai Emery.

A seven-figure compensation payment will be made in order for the move to be completed.

Thursday’s news conference previewing the game against Everton was cancelled.

Interim boss Freddie Ljungberg is expected to take charge of the team for the final time at Goodison Park on Saturday, with Arteta watching from the stands.

The Gunners failed to mention their interest in Arteta despite the two teams meeting at Emirates Stadium on Sunday – a game the champions won 3-0.