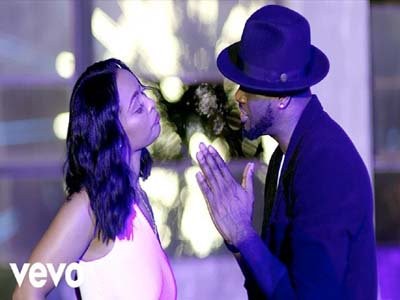 It is no longer news that the dynamic musical twins; Peter and Paul Okoye, popularly known as P-Square, have parted ways. However, their dramatic separation has made them the new topic on the social media space.

The new scenario presently is that, half of the twin, Peter Okoye, few weeks ago, came out as a solo artiste, with his new single titled ‘Cool It Down’.

There have been debates from fans on whether Mr P, as he is called now can sustain his career as a solo artiste, without his other half, Paul Okoye, who is known as the group’s composer.

Reacting to the situation, while some feel that it is alright that Mr P, should be given a chance, to put an end to the drama that is becoming tiring, others believe he is not complete without his twin brother.

An online Journalist is of the opinion that the industry is big enough for every talented act to explore, “The sky is so elaborate for everyone to fly. He can make it if he is not discouraged by the words of everyone still wanting them together.

“Peter is skilled and talented. He can dance and sing; he is an entertainer. I’ve seen his new single and it looks good. However, he has to know that he has become an upcoming artiste as he needs to push his brand harder”. Healthy competition increases creativity and that is what their fans should expect to see”.

“I think it’s about time we allow those two. Honestly, I think it is good for them and for everyone. We are tired of the drama and if it brings peace, let them start their solo career. It is no longer news that the greatest music duo Peter and Paul have come to the end of the road as a group, charting a new course as solo artistes, says Mercy, Journalist/Publicist.

A cameraman with one of the National TV stations, stated, “Nothing much about this new take on the twin part. Just that he is a twin and with African rich culture and believe, they are not meant to be separated.

“So going solo will surely tell on his career in terms of fans’ support, acceptance, rating, and rake in. aside all mentioned, it is all media stunt owing to views all across the board”.

A banker in his opinion says Mr P, can be described as a good dancer and role player. “Mr P is not a good song writer/composer. He is only good in dancing and role playing.”

A blogger, Dami Adenuga stated, “Well, I believe whatever anyone chooses, he/she has done it for the best. P-Square, Peter and Paul are already made brand. I just pray that God should bless their endeavours.

Founder of Digital Magazine, Pascal stated, “It’s a good decision. He has always been in the shadow of Paul. It’s time for him to show the world that he can do it without Paul; he was labeled as just a dancer. So going solo is a way of proving to the world that he is a good singer too. His decision to go solo is a very good one”.

For ex-beauty queen Ifunanya Igbobi, “it’s something that has been expected for a while. He has got the voice and style, and as a solo artiste, I think he would do better in the filed with support from family and fans”.