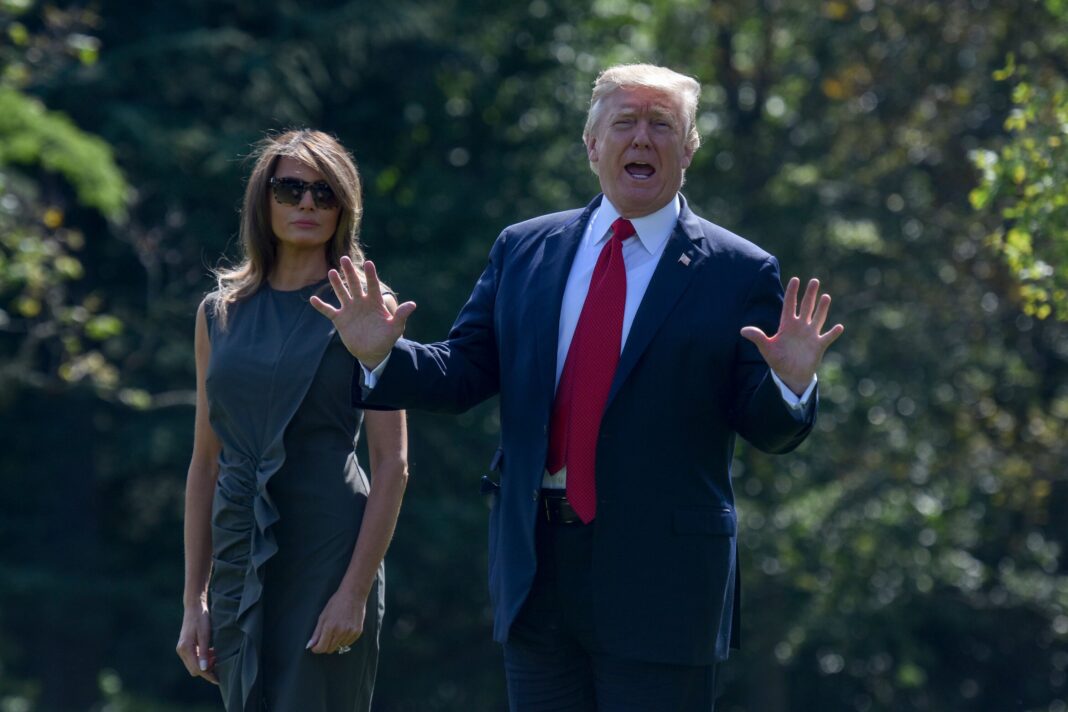 Former President Donald Trump is in “serious trouble” due to a new lawsuit filed against him by two police officers injured in the Jan. 6 Capitol riot, a former top government lawyer said.

“If you could short Donald Trump right now, it would be a good time to do so,” former acting Solicitor General Neal Katyal said on MSNBC on Wednesday.

This week’s federal lawsuit blames Trump for the physical and emotional injuries the officers incurred during the insurrection, which was egged on by the then-president and carried out by his supporters.

“Trump, by his words and conduct, directed the mob that stormed the Capitol and assaulted and battered James Blassingame and Sidney Hemby,” the lawsuit stated.

Last week, Trump claimed his supporters were “hugging and kissing” the police, but Katyal read an excerpt from the lawsuit that described what really happened:

“Officer Hemby was attacked relentlessly. He was bleeding from a cut located less than an inch from his eye. He had cuts and abrasions on his face and hands, and his body was pinned against a large metal door, fending off attacks.”

“So, when Donald Trump says that these folks were hugging and kissing the guards?” Katyal said. “My God. My God.”

Katyal also pointed out that Senate Minority Leader Mitch McConnell “literally invited” the lawsuit earlier this year with his comments during the impeachment trial.

“President Trump is still liable for everything he did while in office,” McConnell said at the time. “He didn’t get away with anything yet. We have a criminal justice system in this country. We have civil litigation.”

That, said Katyal, was why the lawsuit wasn’t surprising.

“I’ve been waiting for it,” he said. “The fact is Donald Trump fomented violence. Even Liz Cheney said it.”

And because so many GOP figures have said Trump bears the blame for the assault, the suit can’t be easily dismissed as a political attack.

“Donald Trump is in serious trouble,” Katyal said, referring to the new lawsuit as well as other potential legal action. “And the difference between now and the past is that the Republican Party and senior officials in there are inviting this trouble now and saying that there’s merit to it.”