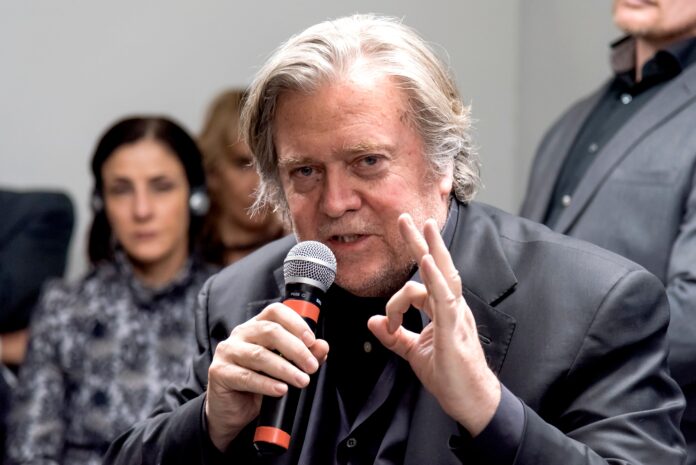 Bannon claimed on his podcast that the reason for Trump’s rally in Arizona Saturday was to pressure the state legislature to decertify President Joe Biden’s electors. Then, Bannon insisted, Pennsylvania, Wisconsin and Georgia would file suit, making Biden an “illegitimate president” going into the midterms — at least in the minds of rabid Trump supporters.

There is no process in the Constitution to carry out Bannon’s plot.

Swalwell said Bannon’s latest call to overthrow the U.S. election was a “declaration of war of democracy.”

“We are in the endgame,” he warned on Twitter. “We can resurrect democracy or lose it forever.”

And Trump was soundly rebuffed last year when he told Georgia’s secretary of state to “find” him enough votes after the election to turn his loss into victory.