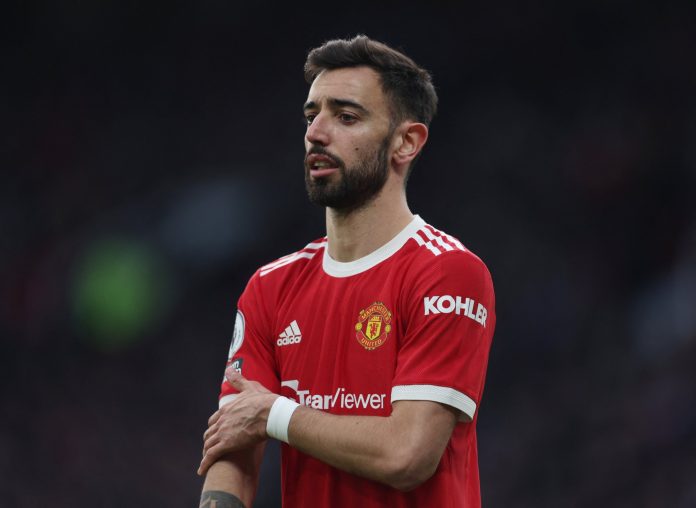 The Portugal international said this after Man United’s 3-1 win over Crystal Palace in a pre-season friendly tie on Tuesday.

Man United defeated Palace as Rashford, Sancho and Martial led Erik ten Hag’s attack in the absence of Cristiano Ronaldo, who has missed the club’s pre-season tour of Thailand and Australia due to ‘personal reasons.

Speaking to reporters after the match, Fernandes implied that he, as well as Man United’s midfield in general, were far more effective with the trio up front.

“The three guys up front [Sancho, Rashford, and Martial] are really aggressive in the press,” Fernandes said.

Also read: You are a good man, I love your personality – Okowa’s media aide to Peter Obi

“When they press, they make the last line squeeze and make the midfield come a little bit higher.”