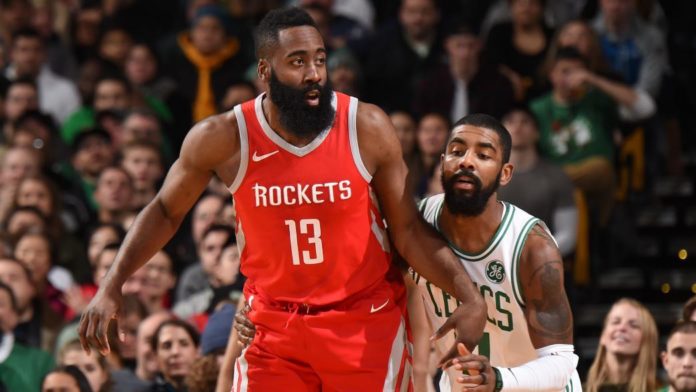 1) Houston Rockets (3-0) [2]: Their confidence at both ends through the roof, and they showed why in convincing, comfortable back-to-back road wins at San Antonio and Cleveland.

2) Boston Celtics (4-0) [5]: Rich get richer with reported Greg Monroe signing. G-Money is no stopper, but he won’t have to be in Boston; he’s there to put the ball in the bucket as early and often as possible after taking off the warmup jacket.

3) Toronto Raptors (3-1) [3]: Philly native Kyle Lowry, after scoring 11 points in 26 minutes early Sunday afternoon in Toronto as the Raptors beat Memphis, nonetheless made it to Minneapolis in time for kickoff of Super Bowl LII Sunday evening, coming out of pocket for private transport.

7) Washington Wizards (3-0) [12]: Tomas Satoransky, every bit of 6-foot-7 at the point in place of John Wall, is not throwing up on himself so far at either end of the floor in Wall’s absence.

8) Milwaukee Bucks (3-1) [10]: For now, not looking to make a deal to replace Malcolm Brogdon. Still looking for a big, though, before trade deadline.

9) Oklahoma City Thunder (0-4) [7]: While I’m sure the Thunder would love to get Avery Bradley from the Clippers to replace Andre Roberson, even as a rental, it’s hard to see how OKC could make that work. One, the Clippers want first-round picks back in every potential deal, and because OKC has already committed its 2018 and 2020 first-round picks — and because the 2020 first has protections through 2022 — the Thunder doesn’t have an available first to trade until 2024, due to the Stepien Rule. Two, the Clips don’t want to take on salary that could hinder their pursuit of impact free agents in 2019, so it’s unlikely to see them taking a chance that, say, Patrick Patterson would opt out of his 2019-20 season ($5.7 million). Doesn’t make a Bradley deal to OKC impossible. But it makes it very hard.

10) Cleveland Cavaliers (1-2) [8]: Kevin Love just called a meeting with his teammates to yell at them for a change.

12) Miami Heat (1-3) [9]: I’ll be shocked if the Heat doesn’t make a deal before the deadline. I still think Tyreke Evans/future second for Justise Winslow makes all kinds of sense for both Miami and Memphis.

15) Philadelphia 76ers (1-3) [13]: No one in the City of Brotherly Love cares that the Sixers still need shooting this morning.