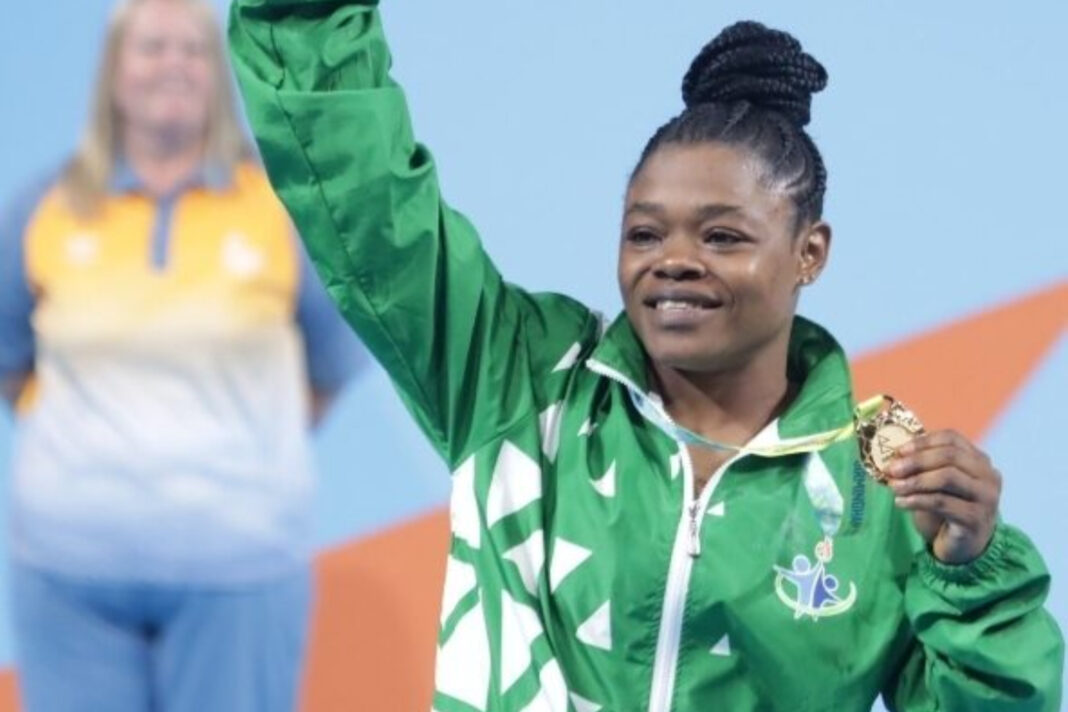 Also read: Everything To Know About ‘Guardians Of The Galaxy 3’ So Far

Lawal beat her rivals in the women’s weightlifting 59kg event, setting a Commonwealth Games record in the process.

She is the second Nigerian female lifter to smash the Games’ record after Adijat Olarinoye produced a stunning lift in the women’s 55kg on Saturday.

Also read: Ben Higgins’ Season 20 Of ‘The Bachelor’: Where Are They Now?

Edidiong Umoafia claimed bronze in the weightlifting event on Sunday.