Breaking news: Is ‘The Big One’ coming? A California fault capable of a 8.0 earthquake is moving for the first time, study says 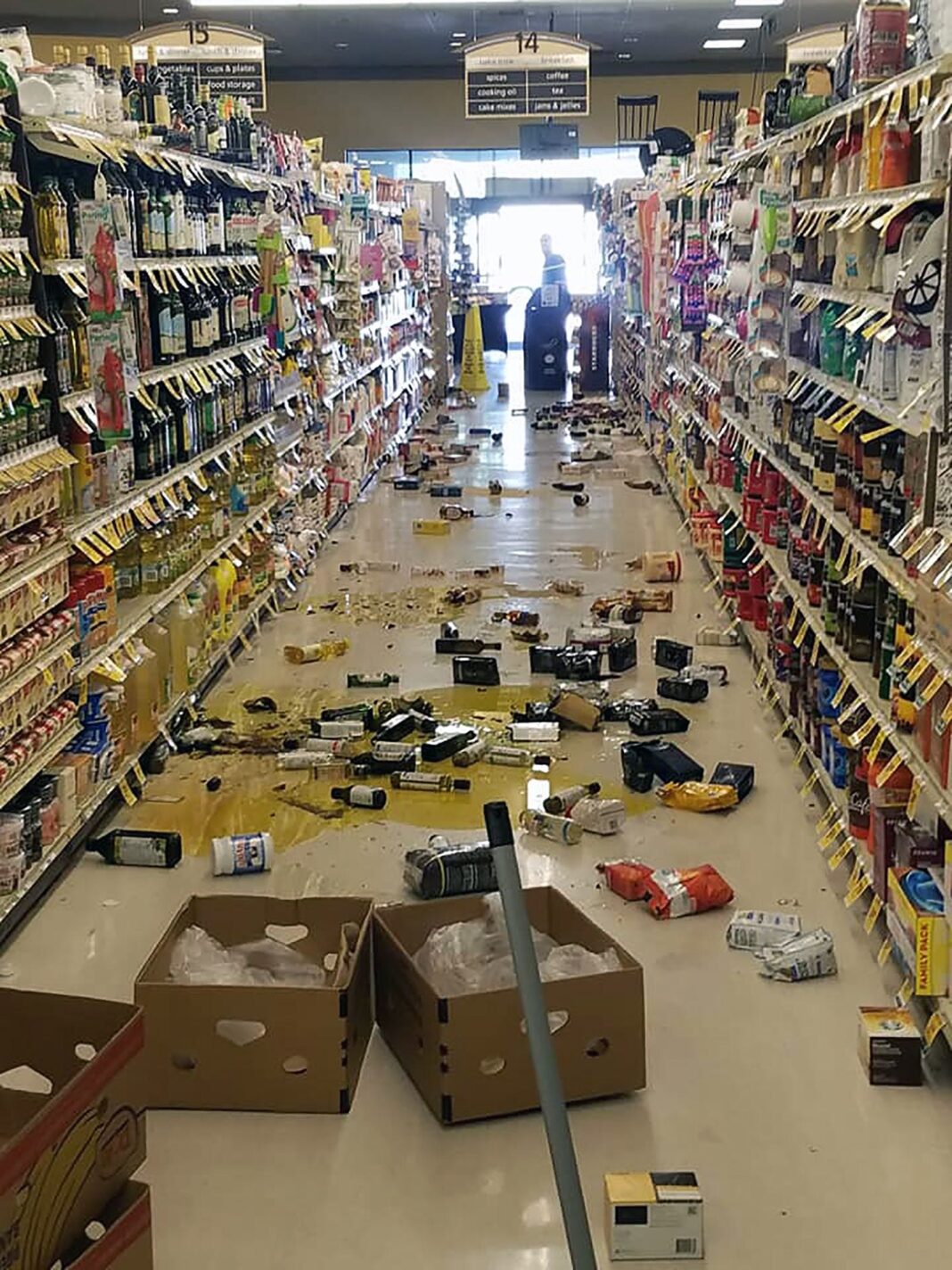 A magnitude 7.1 earthquake hit Southern California on Friday night,
just a day after the region was hit with a magnitude 6.4 quake. wowplus

A California fault that could produce an 8.0-magnitude earthquake began sliding following the Ridgecrest earthquake sequence this summer, according to a study published Thursday in the journal Science.

But the unprecedented movement on the 160-mile-long Garlock Fault isn’t the only takeaway, said Zachary Ross, lead author of the study from scientists at the California Institute of Technology and NASA.

“We really have to remind ourselves that California is earthquake country,” Ross said. “So, it’s not just thinking about the largest, most damaging potential scenarios like events on the San Andreas, but remembering that there’s a potential for hazard pretty much all over the place.”

About 20 faults created the Ridgecrest earthquake sequence, the study found, by triggering each other similar to dominoes. While each individual fault might not have created the 6.4 and 7.1 shakers on their own, Ross said the potential of multi-fault ruptures needs further attention.

The 7.1-magnitude temblor on July 6 was the most powerful earthquake in nearly 20 years in the Golden State. There has never been an 8.0 earthquake in California; the strongest on record is a 7.9 near Fort Tejon in 1857, according to the state’s Department of Conservation.

The study was published on the same day the state of California released an earthquake early warning app and on the 30th anniversary of the magnitude-6.9 Loma Prieta earthquake along the San Andreas Fault.

About one-fifth the length of the San Andreas, the Garlock Fault runs along the Mojave Desert in Southern California. The rupture from the second quake in the Ridgecrest sequence ended only a few miles from Garlock, which triggered the fault to begin slowly moving.

How the movement could affect the danger of future earthquakes, Ross said, is to be determined. A large temblor hasn’t erupted on the Garlock in about 500 years, the assistant professor of geophysics at Caltech added.

They’re not related, expert, says: 2 quakes felt in San Francisco area in a matter of hours

With the launch of California’s earthquake warning app, officials encourage all residents to download it as a precaution, regardless of how close they live to major faults.

“There is earthquake risk throughout the state,” the FAQ page of the app website reads. “If earthquakes are large enough, the energy spreads far wider than most imagine.”

How much advance notice users get will vary depending on the distance from the origin of the earthquake, the page says. Those near the epicenter may feel shaking before they get an alert saying: “Earthquake, earthquake. Expect Shaking. Drop Cover and Hold On. Take protective actions.”