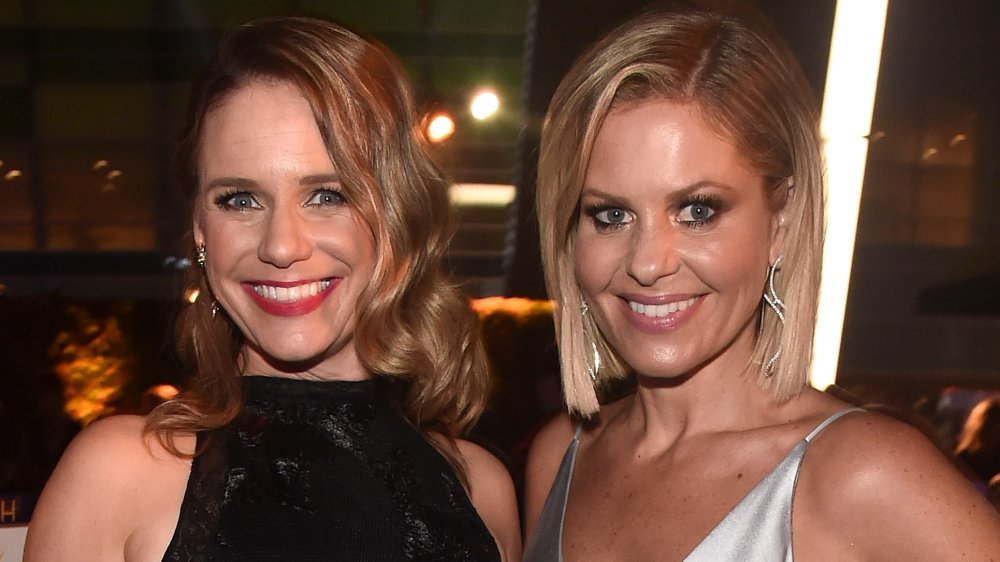 If you guessed that Candace Cameron Bure and Andrea Barber are still friends in real life to this day, you got it dude! Even though Full House wrapped in 1995, one look at Bure’s Instagram account will prove that the actress and her on-screen BFF never lost touch over the years. The two forged an unbreakable bond that didn’t end once the cameras stopped rolling. Bure’s Instagram is a goldmine full of current and throwback snaps of her and Barber.

While the shots on social media might be picture perfect, the two have also stuck together through difficult times as well. In November 2019, Barber released a tell-all memoir called  Full Circle: From Hollywood to Real Life and Back Again. In the memoir, the actress opened up about her battle with anxiety and depression on the set of the sitcom. Bure took to Instagram to applaud her friend for her strength, writing, “I’m so proud of @andreabarber for sharing her life story and struggles with anxiety and depression. It’s so open and honest and healing for those who read it.”

Barber responded in the comments section writing, “Thank you, my beautiful friend!” At the time of the book’s release, Bure revealed to USA Today that even though she had known about Barber’s struggles and had tried to be there for her every step of the way, she never knew the extent of her battle. “She told me, ‘I didn’t know it had gotten that bad.’ Like, her heart was hurting. I wasn’t really talking about it with anybody,” Bure said. “Nobody really knew.”

The support between the long-time friends definitely isn’t one-sided. When Bure took the stage as a Dancing with the Stars contestant in 2014, she didn’t have the easiest of times on the dancing competition. However, Barber showed up every week to support her friend — and make her laugh. At one point during the competition, when Bure was facing elimination for the second week in a row, she invited Barber back to her dressing room to help her relax. The actress left the room for a brief moment and returned to find her friend sporting one of Bure’s sparkly, silver competition outfits. “I totally caught her red-handed!” Bure told Us Weekly. “She screamed, and she was like, ‘I thought you were going to be longer! I wanted to try on your dress!’ It was so funny. We always have so much fun together.”