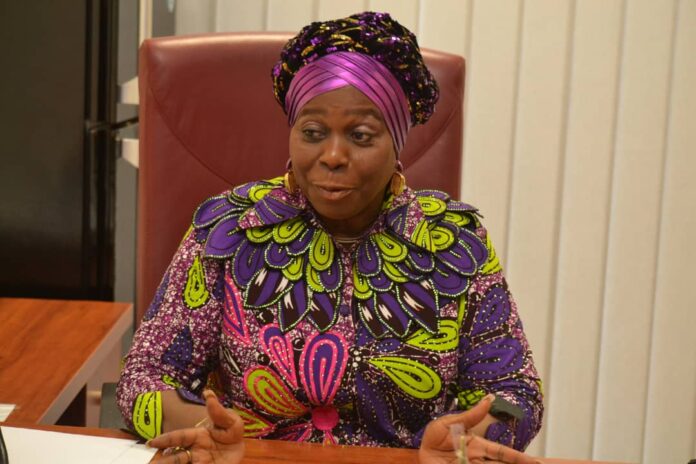 The Chairman of, Senate Committee on Aviation, enthused that the PDP was not rattled by the incumbency power of the All Progressives Congress, saying the mood of Nigerians favours the opposition in the coming election.

The federal lawmaker appealed to Governor Biodun Oyebanji to quickly devise ways of brokering a truce among contending forces in the troubled Ekiti Assembly over the festering leadership crisis in the legislature.

Olujimi spoke in Ado Ekiti, on Wednesday, during a party organized for the PDP members to celebrate the chieftaincy title of Yeye Gbobaniyi of Ogotun Ekiti, conferred on her by Ologotun, Oba Adebayo Adesanmi.

On the chances of former Vice President Atiku in the next year’s election, Olujimi stated that the PDP remains the change Nigerians have been yearning for, to rescue them from the current economic challenges.

“For the PDP and our presidential candidate, the horizon is very bright for us. Nigerians are yearning for a meaningful change and that meaningful change is PDP. We know how to turn things around and by the grace of God, Alhaji Atiku will win the next election”, she stated.

Speaking on how the incumbent factor may spell doom for her reelection bid, Olujimi who was upbeat of victory said she relies on her superlative antecedents of achievements in the last eight years in the Senate to subdue her main challenger, Yemi Adaramodu of the All Progressives Congress.

She added; “Ogotun Ekiti has always been a home for me. They have been standing by me and for me throughout my political career. I have also been contributing my quota to the development of the town. It is in reciprocation for that contribution that they honored me on Saturday.

“And to whom much is given, much is expected. I will continue to serve our people better than they have. We are even happy that what we have been able to do was being appreciated and we are relying on this to win the coming election.

“I am not daunted at all. I have contested twice in the six local governments. I know Hon Adaramodu quite well. He is a politician we know ourselves. But he had only contested in three of the six council areas in this district, so we are confident that we will make it.

“Our being optimistic that we will make it is not for anything, but we have done so much for our people. They want continuity. They don’t need a new person”.

On the campaign of calumny against her by some politicians, Olujimi said such antics is making her more popular and getting more vibes to undo her opponents in the poll.