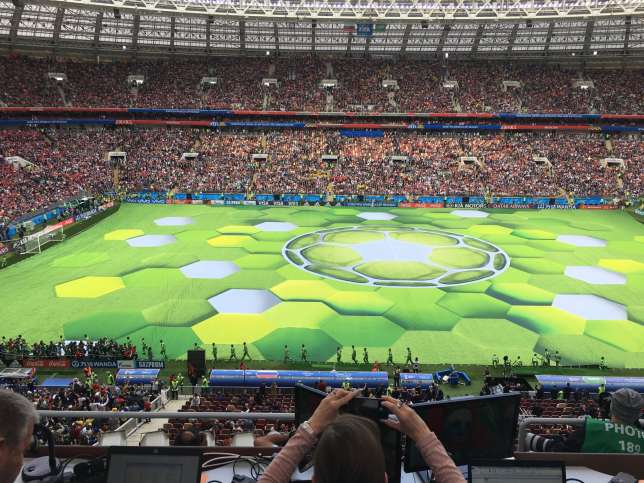 The 21st World Cup began in extraordinary fashion as the World came together at the Luzhinki Stadium in Russia.

The was a lot of glamour and passion which oozed out of the stands as the World had been set alight with football once again.

The wonderful afternoon in Moscow begun with a wonderful opening ceremony where the official Mascot Zibivaka and the official ball Telstar was in full display.

Robbie Williams performed to the gathering which got the crowd crazy.

President of Russia Vladimir Puttin also spoke to the gathering where he welcomed the world to Russia for the World Cup.

READ ALSO:Africans who did not vote for Morocco in the World Cup bid

The President of FIFA Gianni Infantino has also spoke right before the national anthem was played for kickoff.