#WorldCup2018: Nigeria’s Super Eagles are the youngest squad in Russia 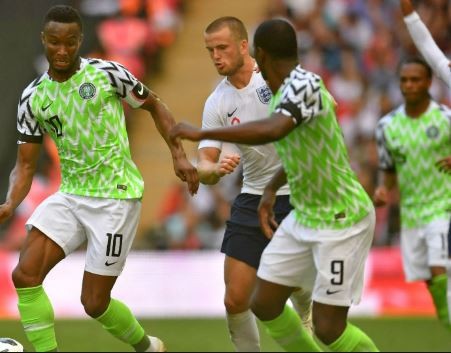 #WorldCup2018: Nigeria’s Super Eagles are the youngest squad in Russia

Not only do we have the finest jersey, at an average age of just 25 years and 337 days, Nigeria’s Super Eagles are the youngest squad in Russia and  captain John  Mikel Obi has urged the players to keep their nerves in check  when they play Croatia later today.

“It’s going to be very interesting because they like to keep the ball and so do we. We have a younger team so that might help us come the end of the game” Obi Mikel said on Friday.

Mikel believes the exuberance of youth may be the Super Eagles’ secret weapon.

“The players are full of energy and have a lot to prove because they’ve not played on this stage before. Not a lot of players were here for the last World Cup but I think that might be a good thing. It’s important for them to control their emotions so we have to keep that in check as well”  he told reporters.