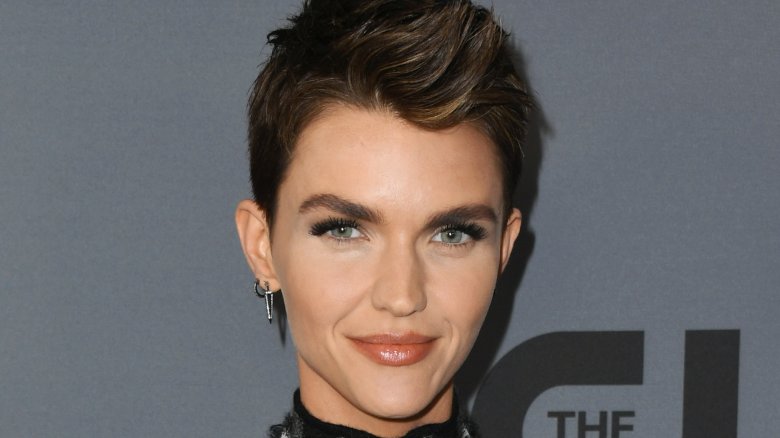 Before Orange Is the New Black, Ruby Rose was an MTV VJ in Australia. She came to the United States to pursue acting, but had almost thrown in the towel before landing the role of Stella on the Netflix hit.

When the final season landed on the streaming service, Rose reflected on how far the show had helped her come since she first was cast. “Not long ago I packed my bags and left everything I knew behind, for a dream. I left my friends, family, career and comfort zone to attempt to break Hollywood,” she wrote on Instagram in July 2019. “After two years of trying to get a manager or an agent I had spent every last cent I’d made in over decade of ‘showbiz’.. I was living on a blow up mattress from Target and I had only 6 months left on my Visa to prove I could contribute to the industry abroad.”

Rose revealed that she’d struggled with depression and had been rejected so many times leading up to OITNB that she was ready to give up entirely. That is, until she poured every ounce of her money, time, and energy into a short film called Break Free (2014), which examined gender fluidity. The film made its way to Orange Is the New Black creators Jenji Kohan and Jennifer Euston, and the rest is history.

“It opened up a door for me that I could have never imagined and I will forever be in gratitude to those who took a chance on me,” Rose went on to write. “Forever grateful to the cast who became my friends and biggest supporters, the show and the fans who embraced me. Thank you for everything.” She continued, “Sad to see it come to an end but the way it changed the game, the way it impacted the world and audiences.. and the way it impacted everyone on the show is unparalleled.”

No kidding: Since OITNB, Rose has starred in The Meg (2018) and was cast in the titular role in the upcoming Batwoman series. “It’s a game changer,” she told Jimmy Fallon on The Tonight Show in 2018, adding, “I feel like the reason I kept getting so emotional [about being cast] is because, growing up … I never saw somebody on TV that I could identify with, let alone a superhero.”

We couldn’t be happier for Ruby Rose and how her post-OITNB career has turned out. Miss those tangerine jumpsuits? Take a look back at everything Orange Is the New Black apparently got wrong about prison.