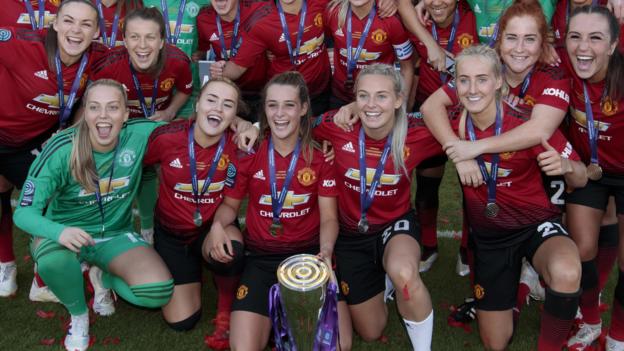 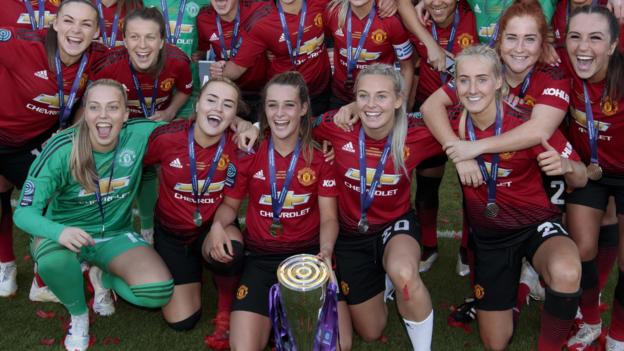 Attendance records for the Women’s Super League are set to be smashed as England’s top clubs return to league action for the first time since the World Cup.

Matches at Etihad Stadium, Stamford Bridge and Ashton Gate will headline the opening weekend, as the women’s game bids to build momentum after the interest in this summer’s tournament in France.

The existing record crowd for a WSL fixture is the 5,265 that saw Arsenal clinch last season’s title at Brighton’s Amex Stadium in April.

However, on Sunday, a near-capacity crowd is anticipated at Premier League side Chelsea’s 41,000-seater Stamford Bridge stadium, where the Blues host WSL newcomers Tottenham at 12:30, in a game live on BBC television.

Clubs ‘must not miss crucial window to push on’

In July, an audience of 11.7 million watched England’s World Cup semi-final loss to the United States, while a record-breaking 28.1 million people watched BBC coverage of the tournament on television and online.

Following that interest, the Football Association – which runs the WSL – has targeted September’s men’s international break in a bid to maximise interest in Saturday and Sunday’s opening games of the top-flight season in England.

“It’s a crucial time. If we step back now and don’t push on, we’ll lose that window to really push forward in the women’s game and get the attraction,” said Chelsea and England defender Millie Bright.

“Off the back of the World Cup, now is the time to keep people invested in the game – not just at national level, but at club level – and keep people coming and watching.

“It’s about getting people to come to the games, actually experience it, see how good the football is and see that it is a different game to the men’s.

“You could end up falling in love with the women’s game.”

Man Utd and Spurs arrive at the top table

This season there are 12 teams in the top flight. Manchester United and Tottenham were promoted from the Championship, while Yeovil Town were relegated to the second tier.

That makes the division the largest it has been so far in the era of the WSL, which began in 2011 after a breakaway from the previous structure.

United, managed by Casey Stoney, are competing in only their second season since reforming their senior women’s side in 2018, after a 13-year absence.

The two promoted clubs’ arrivals takes the number of WSL clubs affiliated to a men’s Premier League side to nine, with three – Birmingham City, Bristol City and Reading – linked to Championship teams.

The 2019-20 season is also the first with the WSL sponsored by Barclays, after its investment in excess of £10m was agreed in March.

Who are the biggest new signings?

Some star names have left British shores this summer, with England winger Nikita Parris and left-back Alex Greenwood both signing for French giants Lyon from Manchester City and United respectively.

Nevertheless, WSL clubs have attracted several international stars to the league during the transfer window, which closed on Thursday.

The Netherlands’ Jackie Groenen is among the Red Devils’ new players, as well as Scotland striker Jane Ross and Lionesses goalkeeper Mary Earps.

Ellen White, England’s star striker at the World Cup, moved from Birmingham City to Manchester City, but a knee injury means she will miss the start of the new campaign.

Details of the BBC’s coverage

This season, BBC Sport will continue to show one live game from every round of WSL matches, starting with Chelsea and Tottenham’s meeting at Stamford Bridge on Sunday.

That match will be live on the BBC iPlayer, the Red Button and online, and then highlights of each round will follow with the Women’s Football Show on Sunday nights.

Highlights from every WSL match will then also be available on the BBC Sport website and app, plus the BBC will deliver selected live radio and text commentaries throughout the season.

Sunday’s Women’s Football Show will be available to watch at the earlier time of 19:00 on BBC Four and the BBC iPlayer initially, followed by a second broadcast live on BBC One, usually immediately after Match of the Day 2.

The BBC’s TV coverage of the Lionesses also continues, with the home friendlies against Brazil on Saturday, 5 October and Germany on Saturday, 9 November both live on BBC One.