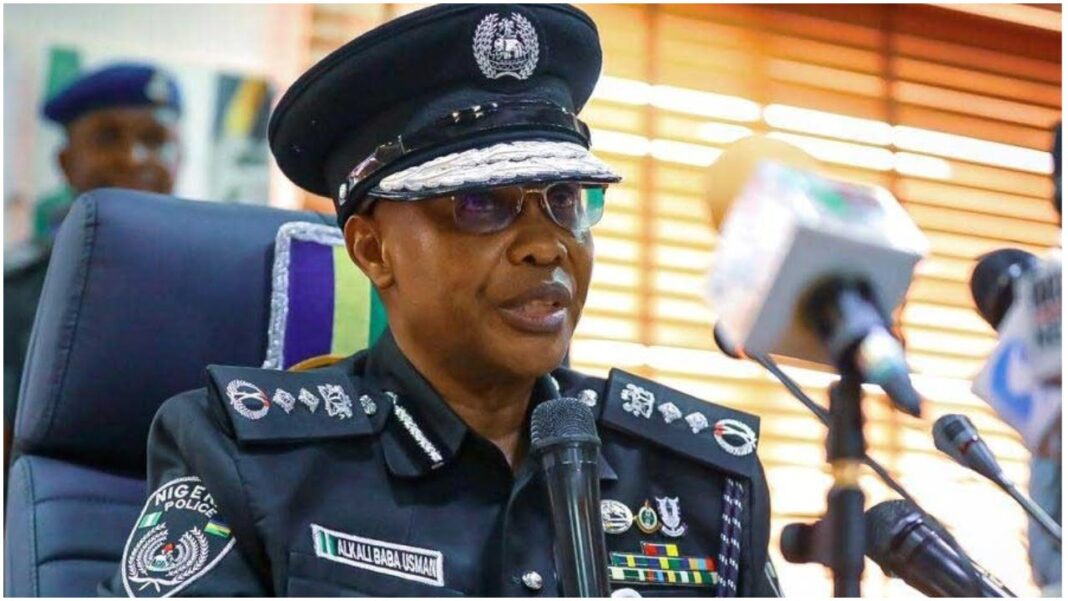 The Inspector General of Police (IGP), Alkali Baba Usman on Tuesday told a Federal High Court in Abuja that the Presidential candidate of the All Progressives Congress (APC), Senator Bola Ahmed Tinubu has no pending petition or criminal matters with Police in anywhere in the country.

The Police Chief also clarified on Tuesday that Tinubu is not a suspect to the Nigeria Police, hence, cannot be put on trial.

The reasons why police did not go after the APC Presidential candidate were contained in an affidavit filed at the Federal High Court in Abuja by a counsel, Wisdom Emmanuel Madaki.

In a counter affidavit to a suit instituted by a Civil Group seeking an order of mandamus to compel the IGP to arrest and prosecute Tinubu for perjury and certificate forgery, the Police Chief maintained that Police have no power to prosecute Tinubu without any known offense committed.

Although the affidavit claimed that Tinubu has no pending petition before the police, the IGP, however, admitted having two different petitions from a Civil Group, Incorporated Trustees of Center for Reform and Public Advocacy requesting for arrest and prosecution of Tinubu for alleged perjury and certificate forgery related offenses.

The IGP explained that the two petitions were predicated on allegations that had been adjudicated upon by Supreme Court in 2002 in a suit filed by the late foremost human rights activist, Chief Gani Fawehinmi.

The affidavit averred that since the alleged perjury and certificate forgery had been resolved by the Supreme Court, there was no need for police to reopen the matter again.

Besides, the IGP said the police do not need any court order to make arrests and prosecute since it derives its powers from the Constitution and statutes.

IGP, therefore, asked the Federal High Court to dismiss the suit brought against him and the Nigeria Police Force for want of merit and jurisdiction adding that the plaintiff will not be prejudiced if the suit is dismissed.

Specifically, the IGP asserted that the suit on the alleged perjury and certificate forgery is frivolous and vexatious and deserves no attention from the Court.

However, at Tuesday’s proceedings, counsel to the Civil group, Mr. Eme Kalu Ekpu told Justice Inyang Edem Ekwo that the counter affidavit of police had just been served on him and that he needed time to peruse it and reply to it formally.

Ekpu asked Justice Ekwo to grant him a short adjournment to enable him to react to the counter affidavit properly.

In a brief ruling, Justice Ekwo granted the request and fixed January 19, 2023, for the hearing of the suit.

The Incorporated Trustees of the Center for Reform and Public Advocacy had dragged the IGP before the Court over his alleged refusal to prosecute the presidential candidate of the APC over allegations bothering on perjury.