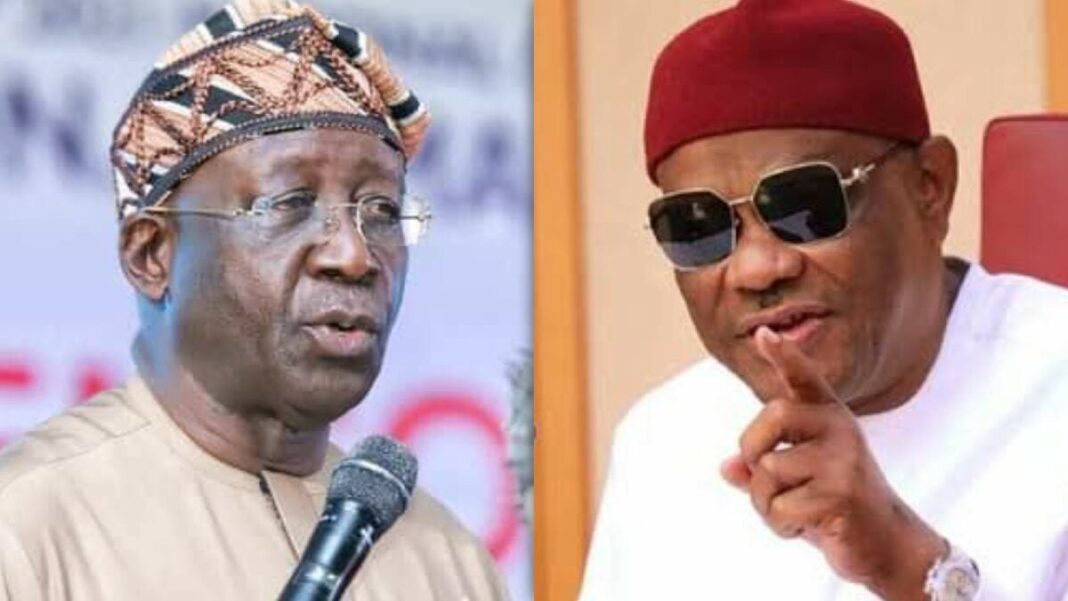 The Governor of Rivers State, Nyesom Wike has claimed that the national chairman of the Peoples Democratic Party (PDP), Iyorchia Ayu, does not want to resign because he wants to continue overseeing the party’s finances.

Wike stated this over the weekend at a media parley in Port Harcourt, the capital of Rivers State.

The Governor and his associates have been calling for Ayu to resign, insisting that it is against PDP’s constitution for the national chairman and the presidential candidate to come from the same zone.

Wike had also accused the PDP national chairman of being “very corrupt” and not being accountable for the money that enters the party’s coffers.

“Why does he not want to resign? He is hoping that Nigerians will donate money to the party so he will superintendent over that money.

“He has already finished the one of N11 billion from the party’s primaries. Account for it, he says it is in the account. Show the public the account. Print out the statement of account of PDP and let the world see how the N11 billion was expended.

“And this is the party that all of us have laboured to take over power from the ruling party that we said has done badly. And then the national chairman will open his mouth to talk about stopping contestants.

“Ayu shouldn’t say so. He tried it in Rivers state. He came to manipulate and try to put some gubernatorial aspirants, but he saw the result. We dealt with him,” Wike said.