Despite what many people think, moving backward isn’t entirely impossible for an aircraft (of course if we talk about traveling on the ground). It’s another matter that they never do. Some planes can perform a so-called “powerback,” which is the very thing that makes it move in reverse. In this case, a plane’s jet engines direct the thrust forward instead of backward.

Jet airplanes can use the reverse thrust if they need to brake as fast as possible after the touchdown, or when they need to make an emergency stop. Anyway, if planes can potentially taxi backward, why don’t they? And what about flying in reverse?

TIMESTAMPS:
Why planes don’t taxi backward ⬅️ 1:03
Can they fly in reverse? 2:43
Funny exception 3:10
Could planes replace rockets one day? ? 3:31
Is it possible to create electric airplanes? 4:22
Why can’t planes take off when the weather is too hot? 5:09
Are aircraft able to fly through hurricanes? ? 5:52

SUMMARY:
– The reverse thrust takes a lot of effort (and I mean it!). As a result, the noise produced in the process is literally deafening.
– An engine running at full reverse thrust is a serious safety risk. Powerful airstreams propel debris lifted from the ground at an incredible speed.
– On top of that, to make the reverse thrust as effective as possible, the plane’s engines must work at full blast. But in this case, they spend much more fuel than usual.
– When a pilot applies the brakes while moving backward, it can potentially cause a tailstrike. In this case, the tail of the aircraft hits the ground or some other solid object.
– But can they fly in reverse? Well, most experts are surprisingly unanimous when responding to this question, and their answer is a firm “no.”
– On the other hand, there’s one exception to the “no-flying backward” rule. If the wind is extremely strong, and the plane’s flying at its minimum speed (which is also slower than that of the wind), the aircraft will be moving backward relative to the ground.
– The higher you go, the thinner the air becomes, until there’s hardly any air at all. This means that neither large wings with a clever shape, nor powerful engines, will help a plane to climb very high anywhere near the vacuum of space.
– The problem with extremely hot temperatures is that planes can’t generate enough lift to get into the air! And if there’s no lift, there’s no flight.
– The wings won’t have enough “stuff” to push against, and will be unable to produce the necessary lift.
– Most hurricanes form at a much lower altitude than thunderstorms. As a result, a plane can easily fly over parts of a hurricane.
– As for a thunderstorm, it can create a gigantic cloud structure with the top reaching more than 60,000 ft!
– That’s way higher than the average cruising altitude of commercial planes, which is about 35,000 ft.
– As for flying over a tornado, it can turn out to be just as dangerous because the effects of this natural phenomenon can go well beyond the plane’s maximum cruising altitude. 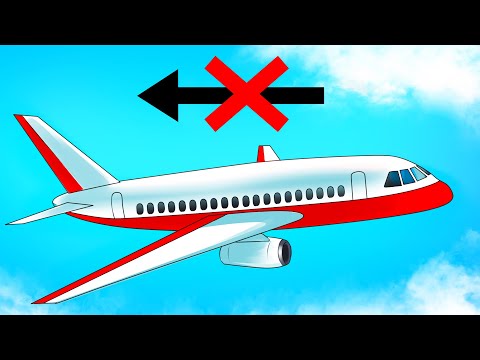