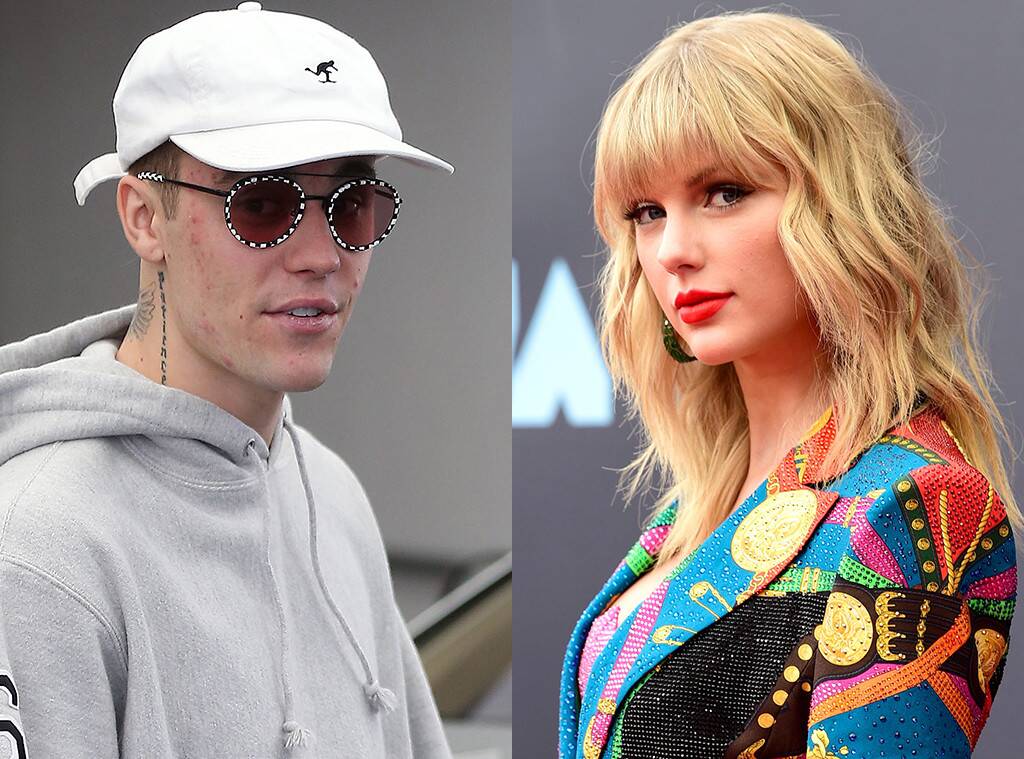 The banana heard ‘round the world. Justin Bieber reenacted the video of Taylor Swift having a post-surgery meltdown three months after she called him out for bullying.

The “10,000 Hours” singer, 25, went live on Instagram on Sunday, October 6, at home with his wife, Hailey Bieber (née Baldwin). At one point during the Livestream, Justin imitated Swift, 29, in his kitchen by shouting, “It’s not the banana I wanted! It’s not the right banana. It has no head.”

From behind the camera, Hailey, 22, laughed and said, “That was so funny.”

Many of Swift’s fans were not thrilled about the video and accused Justin of bullying the “Shake It Off” singer once again. “Honestly so tired of him,” one frustrated Swiftie tweeted. Another wrote, “@justinbieber is the biggest hypocrite of all time. He always says things like ‘Just love’ and then he mocks Taylor out of nowhere. So annoying. He’s really obsessed with Taylor.”

Taylor Swift’s Feuds: Where Are They Now?

Some Twitter users came to Justin and Hailey’s defense, with one tweeting, “I legit don’t think they’re trying to make this a big deal, they just saw it and were laughing about it :/ but everyones freaking out. Like what are they supposed to do not make fun of it ? When everyone else is. It was meant to b a funny video, at least they thought it was funny.”

The original video of a loopy Swift freaking out over a banana after undergoing laser eye surgery aired during her Thursday, October 3, appearance on The Tonight Show Starring Jimmy Fallon. Her mother, Andrea Swift, sent the clip to Jimmy Fallon, who surprised the Grammy-winner by playing it in the middle of their interview.

“I can’t even be mad. I’m just impressed that you infiltrated my family,” Taylor later said to the late-night host, 45. “I don’t even know how you did that! Nobody has my mom’s number.”

The drama between Taylor and Justin made headlines in June when she called out the “Love Yourself” singer as well as his longtime manager, Scooter Braun, and Kanye West, another one of Braun’s clients, for years of “incessant, manipulative bullying.” Taylor’s Tumblr post came after the businessman, 38, purchased her former label, Big Machine Records, and acquired her back catalog of master recordings.

Justin later took to Instagram to apologize to Taylor for his past behavior, writing, “One thing I know is both scooters and I love you. I feel like the only way to resolve conflict is through communication. So banter back and forth online I don’t believe solves anything. I’m sure Scooter and I would love to talk to you and resolve any conflict, pain or any feelings that need to be addressed. Neither scooter or I have anything negative to say about you we truly want the best for you.”