What Canada can learn from U.S., U.K. about COVID-19 vaccinations and reopening 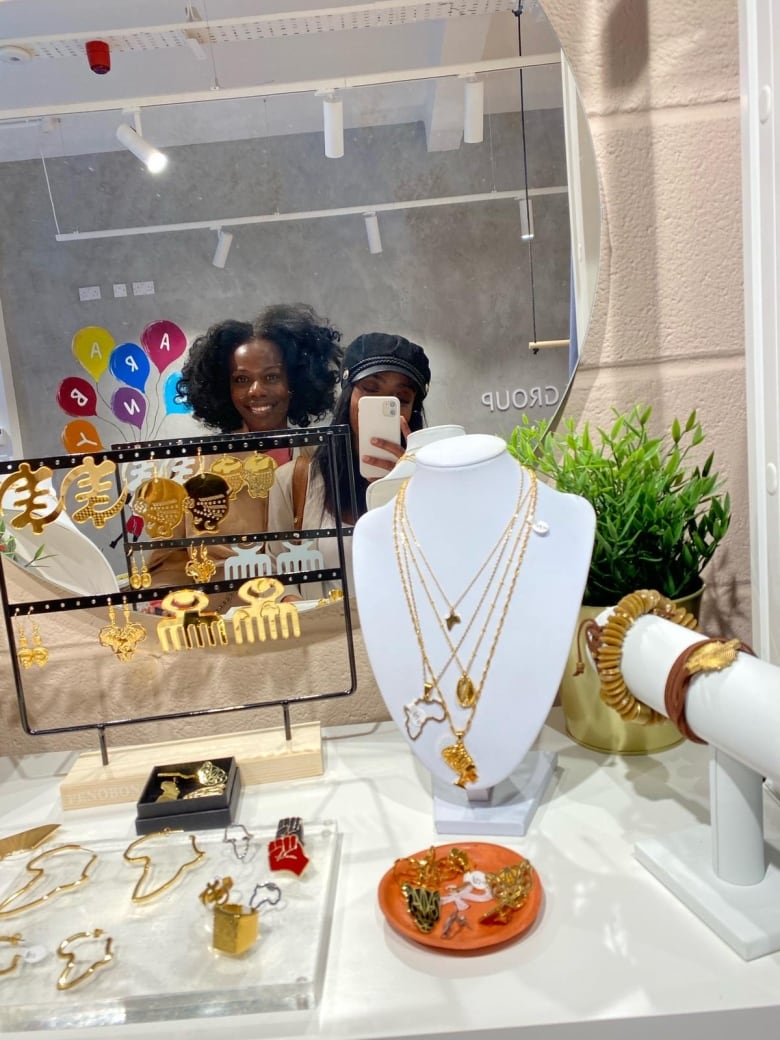 For a few brief weeks in February and March, Nancy Olaoye envied her friends in Canada.

The 30-year-old, who moved from Toronto to London in 2017, was still living under a strict lockdown in the U.K. She was only allowed to leave the house to get groceries and essentials or for 30 minutes of exercise per day. But her friends in Toronto and family in Ottawa and Gatineau, Que., were visiting shops and dining in restaurants and outside on patios.

“I remember being incredibly jealous, but at the same time thinking to myself, ‘What are you guys doing?'” Olaoye told CBC News.

Now, she’s the one with a social life.

After three national lockdowns and a brutal second wave, the U.K. may be on the verge of normality. Its approach to pandemic management could offer lessons for parts of Canada still struggling and a contrast to the United States — which, like the U.K., has vaccinated millions, but is still reporting tens of thousands of new cases of COVID-19 every day due to some lingering hot spots.

Olaoye, who is president of an influencer marketing company called NKL Marketing, has spent her past few weekends at the gym and shopping with friends in London’s Soho neighbourhood. She and her husband visit with one other household at a time.

“It just feels like things are getting back to normal for us, and it’s amazing. Whereas [for] my family, it’s kind of moving backwards.”

On June 21, England’s restaurants, pubs, cinemas and theatres are expected to reopen indoors without physical distancing or capacity limits, but with some requirements around masks.

“Everyone’s been calling June 21 Independence Day or Reopening Day,” Olaoye said, “and they’re joking about it.”

Restrictions have slowly lifted in England over the past couple months. On March 8, children returned to school. On March 29, a stay-at-home order was lifted after nearly three months. On April 12, non-essential retail, gyms, salons, libraries and community centres reopened.

Olaoye and her husband haven’t been vaccinated yet — they’re “impatiently waiting” for 30-somethings to become eligible, she said, which should happen this month — but two-thirds of U.K. adults have received at least their first dose.

Other side of the pond

Compare that picture with the U.S. In both countries, the daily number of COVID-19 cases has dropped dramatically as millions of people have been vaccinated.

But the per capita case rate in the U.S. remains about four times higher than in the U.K., and there are hot spots such as Michigan, which has the highest seven-day case rate in the country — 218 cases per 100,000 people.

Unlike in the U.K., the vaccination rollout in Michigan has not been accompanied by strict public health restrictions, which has been a point of contention.

“I don’t know to what extent we can even call them restrictions anymore,” said Katie Pontifex, a nurse at Sparrow Hospital in Lansing, Mich. “We have limits.”

Indoor dining has been open in Michigan since Feb. 2 with capacity limits, which were increased in March, and entertainment venues such as movie theatres have been open with mask requirements since Dec. 21.

Pontifex, who sits on the Michigan Nurses Association’s board of directors, said she and many of her colleagues wanted stricter rules, even if it was just for a few weeks. Her hospital saw a surge in COVID-19 patients in March, which is just starting to come down now.

“Get the state under control again, and then at the same time be vaccinating. And maybe we could just get on the other side of this,” Pontifex said.

But new restrictions were never announced. Gov. Gretchen Whitmer was even rebuffed by the U.S. Centers for Disease Control and Prevention (CDC) last month when she asked for more vaccines to deal with the surge.

“The answer is not necessarily to give vaccine because we know the vaccine will have a delayed response,” CDC director Dr. Rochelle Walensky said.

“The answer to that is really to close things down.”

Pontifex said she and her colleagues have been burnt out since the fall, when they experienced their previous COVID-19 surge, and some are now second-guessing their career path.

“In the last year, we can count on one hand the number of patients who have successfully made it off of a ventilator,” she said. “So it’s been very trying emotionally.”

Jennifer Nuzzo, lead epidemiologist for Johns Hopkins University’s COVID-19 Testing Insights Initiative, says the fact Whitmer had her “hands tied” by the legislature and Michigan Supreme Court, which limited her power to make emergency orders in October, is an obvious culprit for the surge.

“They had been quite aggressive earlier on in terms of using restrictions for the spread,” said Nuzzo, referring to the restrictions the state implemented in March and April 2020.

“But those things are pause buttons. And when you press play again, you can expect the virus to come raging back unless you do something else.”

Michigan’s most recent wave of infections could provide a cautionary tale for Canadian jurisdictions such as Ontario, where officials are mulling whether to end a stay-at-home order on May 20 or extend it.

Generally, Nuzzo said, the few states that are still seeing rising cases, such as Louisiana and Wyoming, are those that haven’t made as much progress with vaccinations. There’s a mix of factors at play, she said, including a lack of access to vaccines and, sometimes, hesitancy.

“Till very recently, it was really hard to get vaccinated,” Nuzzo told CBC News. “You had to be really determined to do it. You had to decide this was the most important thing that you were going to get done in your life…. Not everybody feels that way.”

The Biden administration has joined calls for more sharing of the technology behind COVID-19 vaccines to help speed the end of the pandemic, amid a debate over lifting intellectual property protections. 3:35

She gave the example of one health centre in San Francisco that initially sent out text messages offering vaccines and saw low uptake. When they tried phone calls instead, way more people booked appointments.

A text message is easy to put off, Nuzzo said. People were better served when someone on the other end of the line was there to book the appointment immediately and answer their questions.

It’s just one example of how vaccination efforts can be more successful if they cater to specific communities.

WATCH | Every adult on remote B.C. island offered a shot:

A remote British Columbia island with a population of 1,200 is the latest community where all adults have been offered the COVID-19 vaccine. 2:26

Given the importance of vaccinating as many people as possible, Nuzzo said she likes Saskatchewan’s approach, which has made reopening contingent on high vaccination uptake.

“I like painting vaccines as the gateway to freedom, which is exactly what they are.”

Omar Khan, professor of bioengineering at University of Toronto, said Canada can take another important lesson from the U.K.

He said the secret to the U.K.’s success was not only its swift vaccination campaign, which kicked off before that of any other Western country, but the five-week waiting period between its stages of reopening.

Those five weeks not only allow more people to be vaccinated, he said, but also allow their bodies to develop the “optimal” immune response.

“As soon as you pass that one-month mark, your rate of developing disease just plummets,” he said. “It’s incredible.”