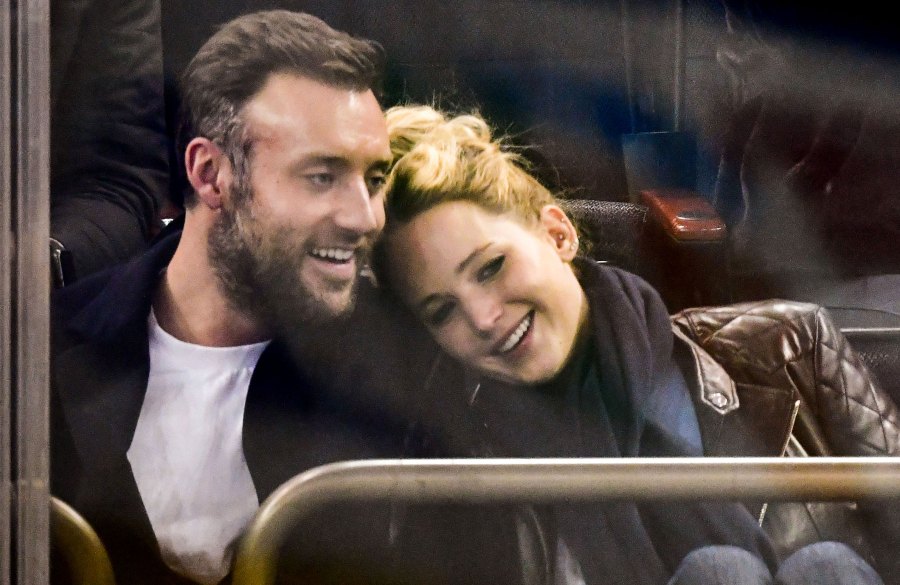 A source told Us in June that the Academy Award winner sought to have the “wedding to be simple and sophisticated.” The insider additionally noted that it was not intended to “be an over-the-top celebration.”

Lawrence and Maroney’s nuptials come after the couple paid a visit to New York City’s marriage bureau on September 16, according to Page Six. There was speculation that the pair may have already tied the knot that day due to a now-deleted tweet from an apparent onlooker, who wrote: “When you go get your marriage license and Jennifer Lawrence walks by to tie the knot before your eyes. Yeah, kids, City Hall is COOL. The place to go!”

The American Hustle star was first introduced to her now-husband through her pal Laura Simpson. The low-key pair began dating in the spring of 2018, and the Vermont native proposed to Lawrence in February of this year.

To celebrate their proposal, the pair hosted an engagement party in New York City in May. Family members and close friends were in attendance for the intimate gathering.

Though the duo’s engagement came after less than a year of dating, an insider told Us in March that Lawrence and Maroney “definitely appear to be in it for the long haul.”

The Passengers actress has kept details about her romance with Maroney under wraps. However, she first addressed her relationship in June when she told Entertainment Tonight that accepting her love’s proposal “was a very, very easy decision.”

Before finding love with Maroney, Lawrence was involved in several high-profile romances. She dated her X-Men costar Nicholas Hoult off and on from 2010 to 2014, Coldplay frontman Chris Martin on and off from 2014 to 2015 and director Darren Aronofsky from 2016 to 2017.