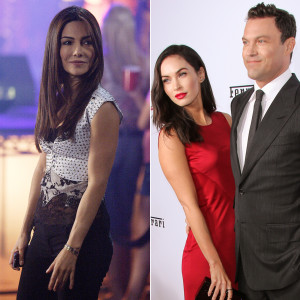 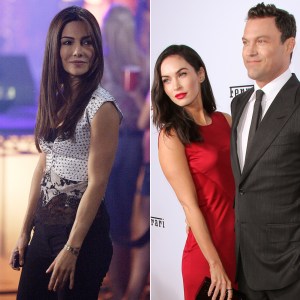 Vanessa Marcil spoke out publicly for the first time about her bitter custody battle with her ex Brian Austin Green, and his wife, Megan Fox, on Sunday, November 11, alleging that the couple are not in contact with his eldest son, Kassius.

“As usual I can’t wait to see @lisalingstagram show on custody cases,” the 50-year-old actress began, referring to journalist Lisa Ling. “12 years ago I was served legal papers and then spent 8 years+ defending myself and my son in custody court in response to his father & his stepmother trying to get full custody(that means I would have seen my son four days a month) and then asking me to pay them child support. They lost that case & a civil case asking me for 200,000.”

Marcil welcomed now 16-year-old son Kassius with her Beverly Hills, 90210 costar in March 2002. After the pair split, Green married Fox in 2010 and then welcomed three sons with the Transformers star: Noah, 6, Bodhi, 4, and Journey, 2.

“I never spoke publicly in order to protect my then young son from paparazzi that used to follow him & terrify him,” Marcil continued on Sunday. “I had also never asked for child support of any kind and had never tried to take time away from Kass’ dad seeing him. Ever. In the end they lost all of these court cases. The judge called them all ‘Frivolous’ They always had 50% custody and still did when court ended as I had and have NEVER asked for full custody.”

Marcil then alleged that five years ago, Green and Fox “decided to completely cut” Kassius “out of their lives and his younger brothers’ lives.”

“Kass has never met his youngest brother and is not allowed to know where his bio father, stepmother and three younger brothers live,” the former General Hospital star claimed. “Custody cases hurt the children only and the truth shall set us all free. Put the kids first you guys. There shouldn’t be a ‘more important parent’ kids love both parents equally no matter what either parent’s struggles may be.”

She concluded: “Kass has been truly heartbroken since being cut out of his other families lives with NO explanation. Let’s do better for our kids. Let’s share our stories. #Buddhakids.”

Green, meanwhile, shared a photo of Kassius in his school production of Aladdin in August. Marcil reposted the photo on Monday, November 12, alleging that she took the pic that her ex shared.