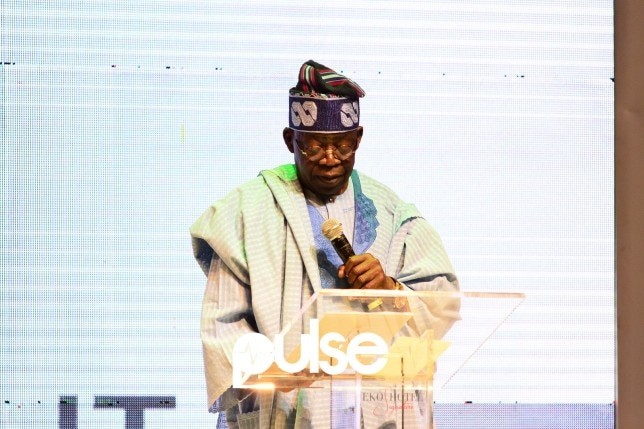 Asiwaju Bola Tinubu has vehemently denied claims that he wants to become Buhari’s running mate in 2019.

The National Leader of the All Progressive Congress, Asiwaju Bola Ahmed Tinubu has denied claims that he might pick up Vice President Yemi Osinbajo‘s job in 2019.

Vehemently denying the report that he’s considering joining the 2019 presidential election as President Muhammadu Buhari’s running mate, Tinubu warned politicians behind the tale to stop distracting the leadership of the country with false reports.

In a series of tweets on Wednesday, December 13, 2017, Tinubu stressed how he publicly refused the running mate ticket when offered by President Buhari and he felt it won’t be in the interest of the party,he threw his weight behind Vice President Osinbajo.

“When at some point in the build up to the 2015 election, President Buhari offered him the Vice –Presidential ticket, Tinubu gratefully and publicly thanked the President.

“When it turned out that such an offer would not be in the interest of the party and would play into the hands of enemies of change, Asiwaju unreservedly and passionately threw his support behind Osinbajo as the best man for the job.

“Asiwaju firmly asserted in a public statement on Dec 17th 2014 endorsing Osinbajo for the position of running mate to Buhari “After all the political calculations are made and the dust of competition has settled,it must be this nation and its people who stand first & foremost,” he tweeted.

ALSO READ: What Tinubu meant when he said Buhari won’t get automatic ticket

Obviously unpleased with the insinuation that there was any so-called frosty relationship between himself and President Buhari, Tinubu said he takes exception to such tales while challenging the peddler of the tale to provide evidence of such admittance by Tinubu.