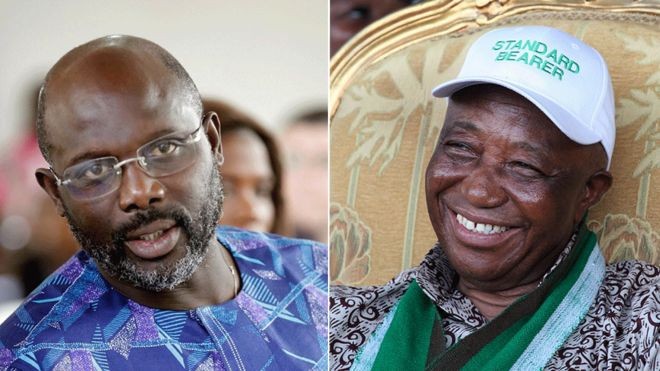 Liberia’s Supreme Court has ruled that evidence of fraud during October’s first round of presidential elections was insufficient to merit a re-run.

This means the final round of voting between the two leading candidates – ex-footballer George Weah and Vice-President Joseph Boakai – can go ahead.

The electoral commission will now set a date for the delayed vote.

Liberty Party’s representative Charles Brumskine, who came third in the first round, had challenged the result.

The second round of voting to succeed President Ellen Johnson Sirleaf had initially been set for 7 November.

Liberia, which was founded by freed US slaves in the 19th Century, has not had a smooth transfer of power in 73 years.

Ms Sirleaf took office in 2006, after her predecessor, Charles Taylor, was forced out of office by rebels in 2003, ending a long civil war.

Taylor is currently serving a 50-year prison sentence in the UK for war crimes related to the conflict in neighbouring Sierra Leone.

Odunlade Adekola signs out of Unilag