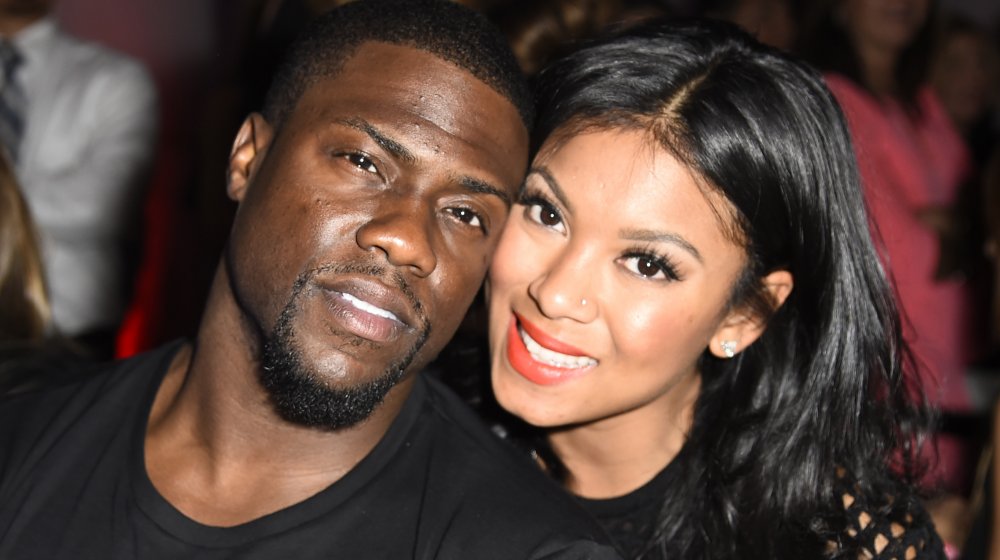 The unsaid truth about Kevin Hart’s wife Eniko Parrish, Torrei Hart’s attempts at keeping the peace temporarily broke down in 2017 when Eniko Hart posted a throwback photo on Instagram for her and Kevin Hart’s one-year marriage anniversary. In the post, Parrish stated that she and Kevin had been together for eight years. Naturally, fans were quick to point out that Kevin and Torrei (pictured above left) had only been divorced for six years.

Eniko responded to the criticism in several since-deleted comments. “Their marriage was broken way before I came in the picture,” she replied (per People), adding, “They were separated living in separate homes. I was never a secret.” Shots fired! Eniko also accused Torrei of spreading rumors “years ago [because] she wanted to play the victim and not own up to her wrongdoing as well.”

That was it for Torrei, who said she was only responding because she was Eniko had “left it open for her character to be questioned.” She kept things relatively vague, however, stating, “We have made successful strides to become a loving co-parenting family. … You, Kevin, and I know the truth.” The feud seemed to settle when Eniko deleted the comments, but a few months later Kevin issued the final word on The Breakfast Club, blaming the whole “home-wrecker” label with which Eniko was saddled on Torrei. “I was legally separated for a year before I even filed for a divorce,” he told the morning show, adding, “[I] had tons of women during that time. Me and my wife stuck.”