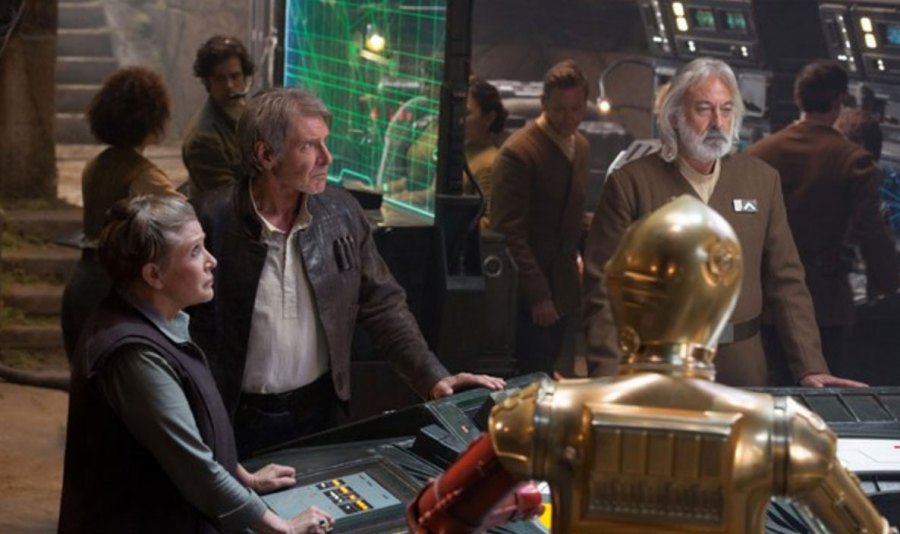 Andrew Jack, who had roles in three Star Wars movies, died on Tuesday, March 31, after contracting the novel coronavirus. He was 76.

The actor died at St. Peter’s Hospital in Chertsey, Surrey, England. His wife, Gabrielle Rogers, is quarantined in Australia and was unable to see him before he lost his battle with the virus.

“We lost a man today. Andrew Jack was diagnosed with Coronavirus 2 days ago. He was in no pain, and he slipped away peacefully knowing that his family were all ‘with’ him,” Rogers tweeted on Tuesday. “Take care out there, lovers x.”

Stars Who Tested Positive for Coronavirus

Jack worked as a dialect coach on a number of box office megahits, including Guardians of the Galaxy, Avengers: Endgame, Batman Begins and the Lord of the Rings franchise. Prior to his death, he had been “working full pelt, currently coaching on the new Batman” movie starring Robert Pattinson, according to his agent, Jill McCullough.

“He had been a dialect coach for many years and was one of those people who promoted mentoring and supporting younger coaches and he was a pioneer in our industry — in that he demonstrated to producers that we were a necessary department and that the job was important,” McCullough said in a statement to Entertainment Weekly.

She added, “He loved his work and was funny, charming and a joy to be around. He was a friend first and a client second, and I will miss doing silly voices and pissing around with him on set. Dialect coaching isn’t just about being good at accents, you need to make your actors feel safe and confident, and Andrew’s actors absolutely adored him.”

Stars Affected by the Coronavirus Pandemic

Jack previously starred in the 1950s TV series Whack-O! and the 2001 comedy Kate & Leopold opposite Meg Ryan and Hugh Jackman.

Given the constantly evolving nature of COVID-19, Us Weekly wants our readers to have access to the most accurate resources. For the most up-to-date coronavirus information, guidance, and support, consult the CDC, WHO, and information from local public health officials. If you’re experiencing coronavirus symptoms, call your primary care provider for medical advice.