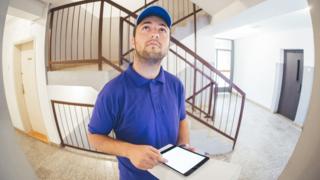 A brand new top-of-the-range phone is delivered to your door. The package has your name on it but you don’t remember ordering it.

There is another knock at the door and a courier asks for the phone back explaining: “We delivered it by mistake.”

Would you hand it over? If you do, it could prove to be an expensive mistake.

It is a scam and yet another way that sophisticated thieves try to rip us off.

“Delivery scams are just one of the increasingly sophisticated methods fraudsters are using to leave victims out of pocket,” warned Adam French, Which? consumer rights expert.

The scam involves crooks ordering and then attempting to intercept – or trick you into handing over – high-value packages.

It usually happens when criminals somehow manage to get hold of your personal details to place the order.

It can be one consequence of identity theft, for instance.

If the crooks fail to intercept the delivery in the street, they often pose as a courier and try to collect the “wrongly delivered” item from your house.

One victim, who did not want to be named, told the BBC: “After it happened to us, we were worried about how someone was able to get so far in ordering a phone in our name.

“We were also worried that it could impact our credit rating, as we were buying a house.”

Another victim told the BBC: “We rented out our house to tenants after we relocated, and a year after moving they called to say there was a parcel for us. We hadn’t ordered anything there but were in the area so popped in to collect it.

“It had two Samsung new phones that had just been released. We contacted Carphone Warehouse, the company which had sent the phones, only to be told that they had been ordered online, on a contract linked to a Halifax account in my husband’s name.”

The couple had not opened the account or ordered the phones. They called Action Fraud, which told them it was likely that another courier would try to collect the phones.

The couple handed the phones back to Carphone Warehouse after calling the police.

But they were left upset. “It was a huge worry that they had somehow got our information and possibly ruined our credit history.”

What should victims do?

If a courier unexpectedly comes to collect an item at your home, do not hand it over.

Check their credentials and call the company they claim to be representing. If you have any fears, contact the police.

“If you receive an unexpected high-value package such as a phone, contact the retailer immediately and arrange for it to be sent back, as the scammer may have attempted to intercept the delivery or will pose as a ‘courier’ to collect the item,” said Mr French.

“Identity theft is also on the rise so if you spot any suspicious activity on your account report it to your bank immediately. Ensure personal documents such as bank statements are not left lying around, and are shredded before throwing away.”

Scams like this are on the rise in the UK.

“Even in this digital age, where online scams are on the rise, scammers are continuing to use traditional routes to prey on people, using tactics like doorstep selling, sending unsolicited letters and cold calling.

The latest official figures published in the Crime Survey for England and Wales showed that there were 3.8 million fraud incidents reported in the year to March 2019.