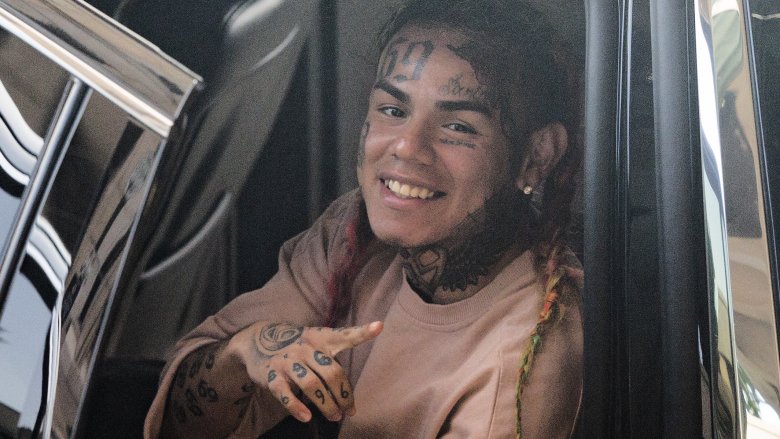 Cardi B wasn’t the only rapper who Tekashi 6ix9ine threw under the proverbial bus. He also said “retired rapper” Jim Jones was a member of the Nine Trey Bloods. In a previous interview, Dipset member Jones called Tekashi a “rat,” and said is name was “unmentionable.”

As Nicki Swift previously reported, in January 2019, Tekashi pleaded guilty to nine counts, including racketeering, conspiracy, firearms offenses, and narcotics trafficking. While in court on in his own case, he reportedly claimed to have joined the Nine Trey Bloods in 2017, and confessed to aiding gang members in a murder attempt. After Tekashi’s initial guilty plea, Page Six reported that his sentencing was “tenatively set” for January 2020 “after the other defendants’ trial,” which indicates cooperation in those trials will impact his own legal fate. Buzzfeed News reported that as a result of Tekashi’s testimony against other alleged gang members, he may have to enter witness protection upon his release.

Tekashi isn’t alone as a rapper behind bars. Check out these incarcerated MCs.